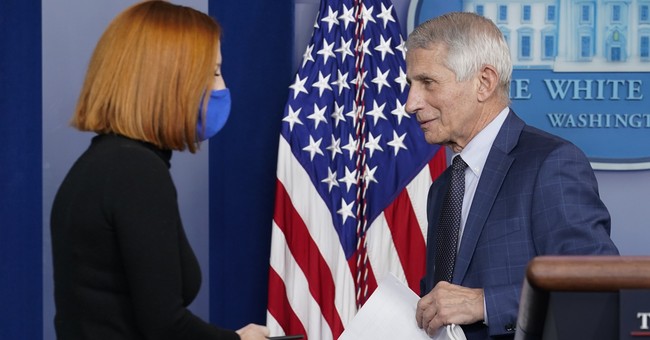 Yesterday after scoffing at the idea, the White House announced the Biden administration plans to ship 500 million Wuhan coronavirus tests to Americans who sign up to receive them.

"I'm announcing today: The federal government will purchase one half billion -- that's not million; billion with a 'B,' additional at-home rapid tests, with deliveries starting in January," President Biden said during remarks in the State Dining Room. "We'll be getting these tests to Americans for free. And we'll have websites where you can get them delivered to your home."

We’re purchasing 500 million at-home rapid COVID tests that will be distributed for free to Americans who want them. pic.twitter.com/m9rgb9kjmP

The problem? None of the infrastructure is in place to get the job done and tests won't arrive until at least mid-January 2022.

NYT's Mike Shear: "You don't yet have...contracts to announce. You can't say when the website is going to be up...how many tests people are going to be able to order...or whether there will be a limit...when they're going to receive the tests or how quickly they will be shipped." pic.twitter.com/6Yldz0aJgQ

"It's too late for certain parts of the country. Certainly the tri-state region probably is going to be coming out of this epidemic wave of omicron by mid-January," says @ScottGottliebMD on W.H. distributing 500M at home tests. "We should have been doing this all along." pic.twitter.com/iuQ1wuteZ4