Receipts Show the White House Is Lying About Joe Manchin 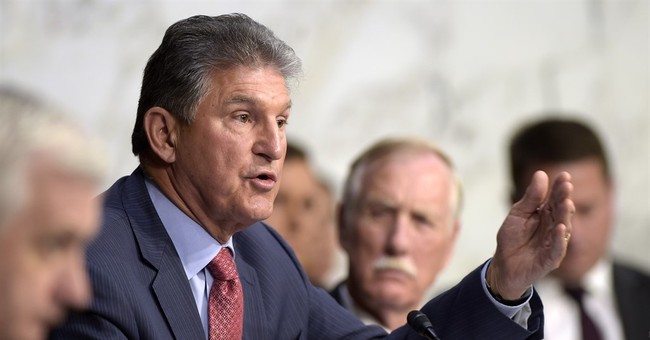 As reported over the weekend, the White House is furious with Democratic Senator Joe Manchin after he told Fox News Sunday he will not vote for President Joe Biden's multi-trillion-dollar spending plan.

"On Tuesday of this week, Senator Manchin came to the White House and submitted—to the President, in person, directly—a written outline for a Build Back Better bill that was the same size and scope as the President's framework, and covered many of the same priorities. While that framework was missing key priorities, we believed it could lead to a compromise acceptable to all. Senator Manchin promised to continue conversations in the days ahead, and to work with us to reach that common ground," she continued. "If his comments on FOX and written statement indicate an end to that effort, they represent a sudden and inexplicable reversal in his position, and a breach of his commitments to the President and the Senator’s colleagues in the House and Senate."

The White House essentially called Manchin a liar after he announced his decision, which he telegraphed for months, but the record shows it's the Biden administration being untruthful about how things went down.

Reminder, Manchin and Schumer signed an agreement in July, then Democrats spent five months disregarding every provision of it and somehow thinking they could bully Manchin into going along. pic.twitter.com/oRKn6zZJWd

Manchin literally wrote down what he would support in a document signed by Chuck Schumer, months ago. The bill isn’t close to what he wrote. His decision is “sudden and inexplicable” in the same way the bill would cost “zero dollars,” or whatever: It isn’t. https://t.co/0foOIdTxYm

Never forget that the White House’s first effort to work with Manchin was sending Kamala Harris to do local tv in West Virginia to pressure him, where she confused abandoned mine lands with abandoned land mines. (You know.. the explosives) https://t.co/DkFWXCiIEC

Manchin himself is also setting the record straight.

Manchin blames White House staff for negotiations going south and says he won't be pushed by Dems: "They figure...we can badger and beat up one person, I'm from West Virginia, I'm not from where they're from, and think they can beat the living crap out of people."

Manchin hits White House staff: "They put some things out that were absolutely inexcusable" but doesn't add details.