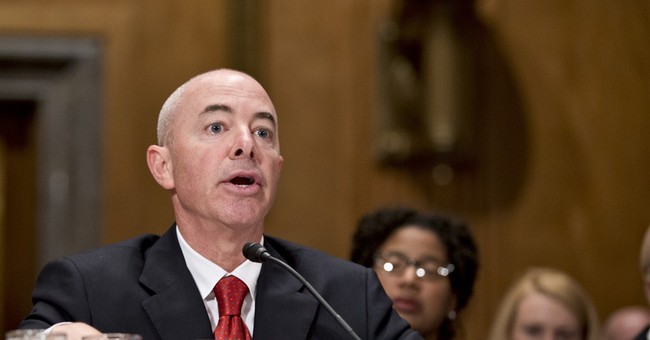 DHS is also calling on Congress to cancel all remaining and previously allocated funding for border wall construction.

"Environmental planning activities will cover projects funded with DHS’s Fiscal Year 2018-2021 barrier system appropriations where construction had not started. These activities include additional biological, cultural, and natural resource surveys for project areas where no data have been previously collected. CBP will also conduct comprehensive and targeted outreach with interested stakeholders, including impacted landowners, tribes, state and local elected officials, and federal agencies. These activities will not involve any construction of new border barrier or permanent land acquisition," the statement continues. "The Administration continues to call on Congress to cancel remaining border wall funding and instead fund smarter border security measures, like border technology and modernization of land ports of entry."

Congressman Dan Crenshaw (R-TX) is calling to impeach Mayorkas over the move.

After having covered the border for about 5 months straight now…an observation.

It’s unimaginable what the situation would be like if Texas DPS and the National Guard weren’t deployed.

The Feds do not have even remotely close to the manpower needed to handle this surge.

See also: PHOTOS: Pieces of Unused Border Wall Are Rotting in a Lot