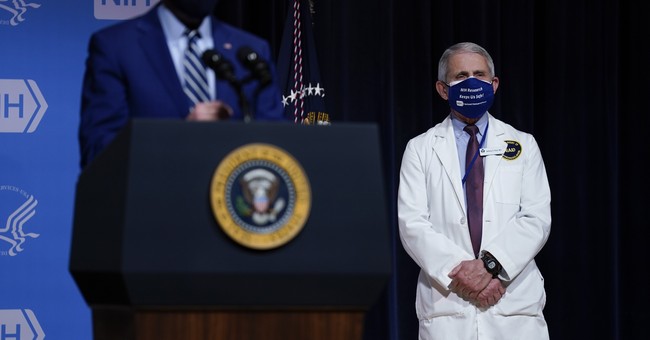 As Dr. Anthony Fauci and President Joe Biden fear monger over the Delta variant of Wuhan coronavirus, falsely calling it "deadlier" than other strains of the virus, the White House is embracing new lockdowns.

Here’s the deal: The Delta variant is more contagious, it’s deadlier, and it’s spreading quickly around the world – leaving young, unvaccinated people more vulnerable than ever. Please, get vaccinated if you haven’t already. Let’s head off this strain before it’s too late. pic.twitter.com/9gBeRpvCe8

During the daily briefing at the White House Tuesday, Press Secretary Jen Psaki was asked if the Biden administration would back new lockdowns should governors choose to implement them. While she argued vaccination rates are likely to prevent the scenario on a national level, she left room for the possibility of new restrictions.

"If the number of cases continues to trend upward, are there any circumstances under which the White House would reimpose some of those restrictions as cases tick up?  Or would that be up to the states?" a reporter asked.

"Well, the states are going to have to make evaluations and local communities are going to have to make evaluations about what's in their interests.  And, as you know, there are much higher rates of vaccinations in some parts of the country over others, and we certainly support their decisions to implement any measures that they think will help their community be safe," she responded. "But I would remind you, we're at a point where we're almost at 70 percent vaccination rate for, well, for 20...adults 27 and older, but almost for adults 18 and older.  So, certainly, we don't see we're on track to implementing new, additional national measures."

Psaki says that Biden would support states going back into lockdown. pic.twitter.com/q4OAyV33Un

Data and research shows economic shutdowns were and continued to be tremendously harmful.