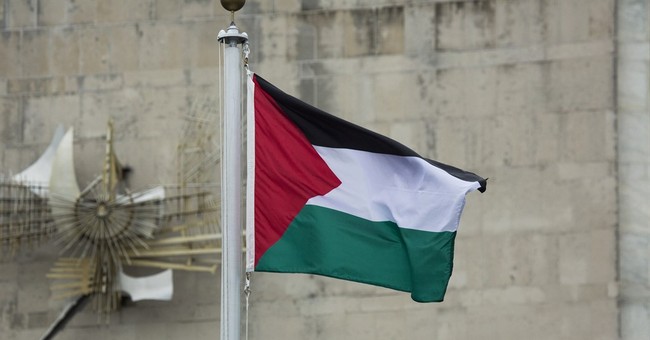 A ceasefire between Israel and Iranian-backed terror organization Hamas has been in place since 2 AM local time. On the streets of America, pro-Palestinian factions have been violently attacking Jews and loudly screaming "Allahu Akbar" in their neighborhoods and outside of Jewish businesses. Explosives were thrown in New York City's Diamond District.

Video: Moments earlier, a device went off in what is said to be in the #DiamondDistrict in NYC: pic.twitter.com/qefPUCzaWr

BREAKING in the #DiamondDistrict:

(I don’t know the source of the video) pic.twitter.com/hl4Kihgjop

Pro-Palestinian mob attacks Jewish diners by spitting on them. pic.twitter.com/RKP73TfMKp

MANHATTAN: Palestinians beat Jewish man in unprovoked attack. There have been multiple incidents reported, and the NYPD is investigating. pic.twitter.com/abclgUUrGF

I spoke to the 17 y o boy Jewish boy, Zachary Moskovits, in white t-shirt holding the Israeli flag. Moskovits says he chased the kid who stole his flag into a throng of pro-Palestinian activists, one of whom punched him in the head. Moskovits is now in the E.R. with a concussion https://t.co/vRlszD906l

Earlier in the week, Jewish diners were targeted in Los Angeles.

Police are investigating the attack of Jewish patrons at a Los Angeles sushi restaurant as a possible hate crime. A group of people yelling in support of Palestine shouted anti-Semitic remarks at diners before beating one of the men: pic.twitter.com/hC3HxgZkMe

And in Boca Raton, a van with the words "Hitler was right" drove by a pro-Israel rally.

To all the social justice seekers, the BLM supporters, those advocating for human rights...

It's clearly not about evictions. It's about existence.

Meanwhile, President Joe Biden hasn't said anything about the violence. The New York Times hasn't bothered to report about it.