The Wokists at MLB Headquarters Just Screwed Over the Atlanta Braves 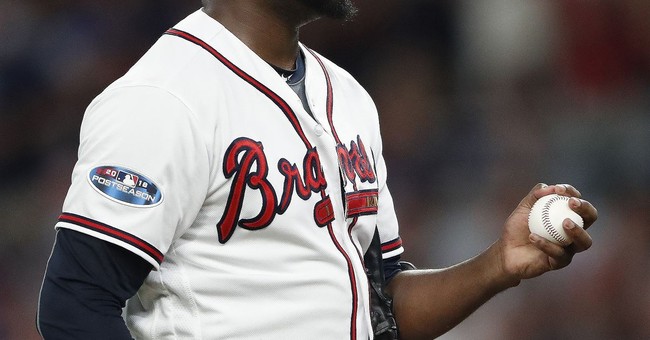 On Friday Major League Baseball Commissioner Robert Manfred announced he was pulling the All Star Game and the draft from Georgia because he doesn't believe in "restrictions at the ballot box."

But shortly after the announcement the Atlanta Braves, who were set to host the game, issued a statement rebuking the decision.

"The Atlanta Braves are deeply disappointed by the decision of Major League Baseball to move its 2021 All Star Game. This was neither our decision, nor our recommendation and we are saddened that fans will not be able to see this event in our city," the Atlanta Braves released in a statement. "The Braves Organization will continue to stress the importance of equal voting opportunities and we had hoped our city could use this event as a platform to enhance the discussion. Our city has always been known as a uniter in divided times and we will miss the opportunity to address issues that are important to our community."

"Unfortunately, businesses, employees, and fans in Georgia are the victims of this decision. We will continue to support the community legacy projects which have been planned and are in process," the statement continues.

The Braves statement regarding the moving of the MLB All-Star Game: pic.twitter.com/0Iapm3eIre

Georgians - and all Americans - should fully understand what the MLB's knee-jerk decision means: cancel culture and woke political activists are coming for every aspect of your life, sports included. If the left doesn’t agree with you, facts and the truth do not matter.

I will not back down. Georgians will not be bullied. We will continue to stand up for secure, accessible, fair elections.

Earlier today, I spoke with the leadership of the Atlanta Braves who informed me they do not support the MLB's decision.