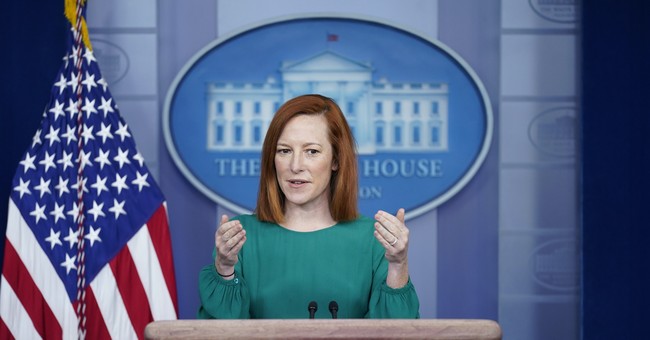 Yesterday President Joe Biden announced a massive socialist spending plan from Pittsburg and touted it as a "once in a generation investment."

"The American Jobs Plan will lead to a transformational progress in our effort to tackle climate change with American jobs and American ingenuity," he continued.

The White House communications team has branded the monstrosity an "infrastructure plan," but it does little to actually fund real infrastructure. Instead, the plan focuses heavily on "equity" and fighting climate change.

"These investments will advance racial equity by providing better jobs and better transportation options to underserved communities...His infrastructure investments will mitigate socio-economic disparities, advance racial equity, and promote affordable access to opportunity," the White House released in a "fact sheet" ahead of the speech. "The President’s plan for transportation is not just ambitious in scale, it is designed with equity in mind and to set up America for the future."

During the daily briefing Thursday, Press Secretary Jen Psaki was asked about the misrepresentation of what the plan actually funds.

"Only five percent of the spending in this package goes towards roads and bridges. I'm curious why that number is so low in something that is being sold as an infrastructure package," Fox News' Peter Doocy asked.

"We're actually selling it as a once in a century, or once in a generation investment in partly our infrastructure but partly industries of the future," Psaki responded.

DOOCY TIME: Peter Doocy just called out the White House for the fact that their new infrastructure plan is anything but as the tax hikes wouldn't raise the trillions they want until 2036 and "only five percent of the spending" in the plan goes toward physical roads and bridges. pic.twitter.com/VGdpp8NqUw