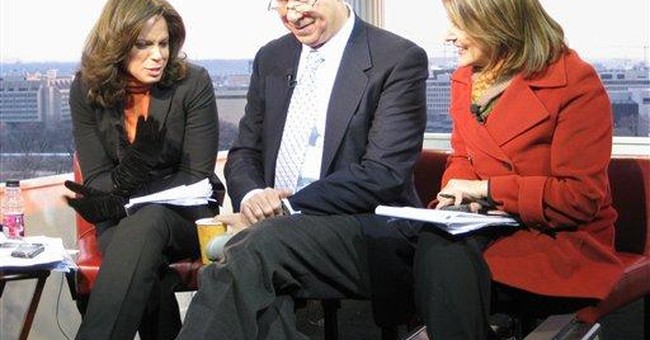 The House Subcommittee on Communications and Technology held a hearing on "disinformation and extremism in the media" Wednesday.

Former CNN anchor Soledad O'Brien was called by Democrats to testify and has a history of promoting false information and hoaxes.

2/ She spread the lie that Naval cadets were flashing white supremacist hand signals at a football game (they were playing the 'circle game'. #SoledadHoax pic.twitter.com/LemouJnAwH

4/ She perpetuated the lie that the Covington students were racists. #SoledadHoax pic.twitter.com/hJ5gHJp4Vw

6/ She spread the lie that @TulsiGabbard colluded with Russia along with Trump. #SoledadHoax pic.twitter.com/xKjfJe1iPF

Remember this jab from today’s witness? She wrote off @JaniceDean’s early calls for a NY nursing home investigation after her in-laws died, because according to Soledad, Janice is just a “metrologist.” https://t.co/NUvRCnDfB3

Ahead of the hearing, Democrat Congressmen Jerry McNerny and Anna Eshoo sent a letter to cable carrier and big tech CEOs demanding to know whether they would renew contracts with outlets like Newsmax, Fox News and conservative media websites.

"Misinformation on TV has led to our current polluted information environment that radicalizes individuals to commit seditious acts and rejects public health best practices, among other issues in our public discourse," they wrote. "Are you planning to continue carrying Fox News, Newsmax, and OANN on U-verse, DirecTV, and AT&T TV both now and beyond any contract renewal date? If so, why?"

Now these members of Congress want massive corporations like AT&T, Verizon, and Comcast to apply some newfound "moral or ethical principles... related to journalistic integrity" in determining what content they allow to be disseminated on their services. What a hoot! pic.twitter.com/s004glbIte