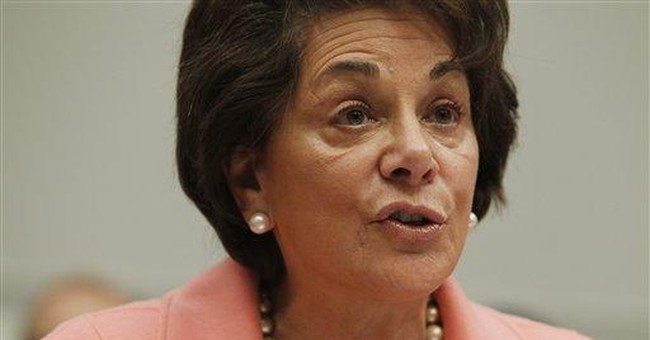 House Democrats are officially harnessing the force of the federal government in an attempt to bully cable carriers and big tech platforms into banning conservative or right-leaning television networks and publications from their platforms.

"Our country’s public discourse is plagued by misinformation, disinformation, conspiracy theories, and lies. These phenomena undergird the radicalization of seditious individuals who committed acts of insurrection on January 6 , and it contributes to a growing distrust of public health measures necessary to crush the pandemic. We are concerned about the role AT&T plays in disseminating misinformation to millions of its U-verse, DirecTV, and AT&T TV subscribers, and we write to you today to request additional information about what actions AT&T is taking to address these issues. Nearly half of Americans get their news primarily from TV. However, not all TV news sources are the same. Some purported news outlets have long been misinformation rumor mills and conspiracy theory hotbeds that produce content that leads to real harm," they wrote. "Misinformation on TV has led to our current polluted information environment that radicalizes individuals to commit seditious acts and rejects public health best practices, among other issues in our public discourse."

"Are you planning to continue carrying Fox News, Newsmax, and OANN on U-verse, DirecTV, and AT&T TV both now and beyond any contract renewal date? If so, why?" they continued.

This has nothing to do with combatting "misinformation." If that were the goal every source of media, including CNN and MSNBC, would be included. Democrats are attempting to silence conservative voices and perspectives. They're using January 6 as a justification and their pursuit of censorship is nothing short of a fascist witch hunt.

Now these members of Congress want massive corporations like AT&T, Verizon, and Comcast to apply some newfound "moral or ethical principles... related to journalistic integrity" in determining what content they allow to be disseminated on their services. What a hoot! pic.twitter.com/s004glbIte

The DC media still haven’t corrected the lie they pushed weeks before the 2020 election that Hunter Biden’s laptop was simply Russian disinformation. https://t.co/7UQmrntwg7

A Fox News Media spokesperson responded to the letter, saying the move "sets a terrible precedent."

“As the most watched cable news channel throughout 2020, FOX News Media provided millions of Americans with in-depth reporting, breaking news coverage and clear opinion. For individual members of Congress to highlight political speech they do not like and demand cable distributors engage in viewpoint discrimination sets a terrible precedent," the statement said.

Share this on Facebook
Tweet
Democrats Are Now Warning Biden His Immigration Policies Are Causing a Crisis
Katie Pavlich
At CPAC, Gov. Noem Pushes Back at Dr. Fauci for His Dire Warnings About South Dakota
Cortney O'Brien
BUSTED: What an SF Bay Area Teachers' Union President Was Caught Doing Should Have Parents' Blood Boiling
Matt Vespa
How Minneapolis Is Planning to Avoid Unrest During Derek Chauvin Trial
Leah Barkoukis