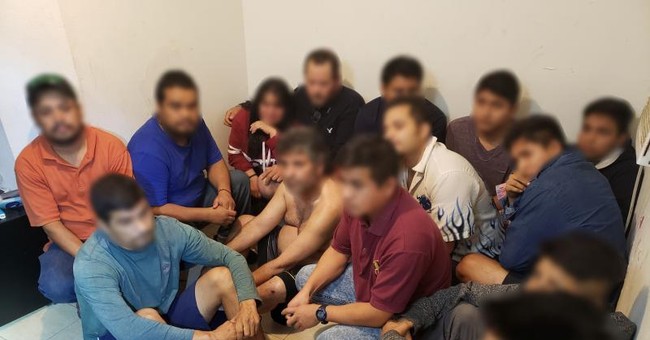 "I want to make it clear. There's a lot of talk, with good reason, about the number of executive orders that I sign. I'm not making the law. I'm eliminating bad policy," Biden proclaimed, joined by his newly confirmed Department of Homeland Secretary Alejandro Mayorkas in the Oval Office.

The first order establishes a task force to "reunite children with their parents" after they were separated at the U.S.-Mexico border. The order does not address the fact that many "parents" traveling across the border with children were being trafficked and not related to the adult accompanying them.

“The second action addresses the root causes of migration to our southern border. And the third action, the third order to be signed, is a full review of the previous administration's harmful and counterproductive immigration policies," Biden said.

Republican lawmakers are pushing back.

It is clear that under the Biden Administration, America comes last.

In a matter of weeks, President Joe Biden has rolled back a substantial part of the gains it took years for the Trump Administration to achieve in the fight to stop illegal immigration.