Rand Paul Survives His Third Attack From the Violent Left 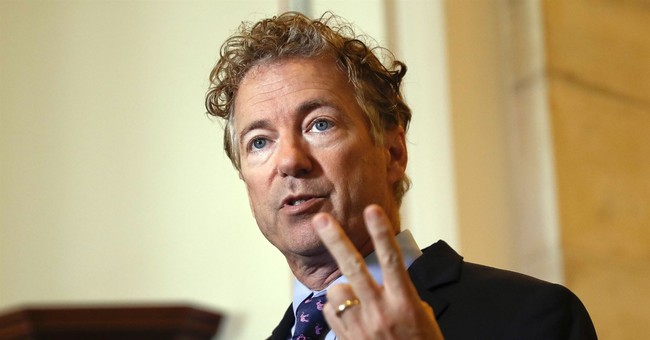 As you know by now, Senator Rand Paul and his wife were attacked by a Black Lives Matter mob outside the White House last night after leaving the RNC convention. Paul credits the police for his survival.

"I can't tell you how I'm not sure we would have made it. They were attempting to push the police over to get to me...you've seen the pictures of what they do to you. If the police are not there, if you defund the police, if we become Portland, if America becomes Portland, what's going to happen is people are going to be pummeled and kicked in the head and left senseless on the curb. That would have happened to us I promise you, had we not had the D.C. police to support us...Thank God for the police. Had we not gotten to the police I truly believe that the police saved our lives and we would not be here today or we would be in a hospital today if the police had not been there," Paul told Fox and Friends Friday morning.

But this isn't the first time Paul has experienced violence from the left. It's his third time.

Paul was on the baseball field where Bernie Sanders supporter James Hodgkinson opened fire in an effort to kill as many Republicans as possible. Congressman Steve Scalise nearly died after being shot.

"One of the things that's really fortunate and probably why, everybody probably would have died expect for the fact that the Capitol Hill police were there," Paul said during a June 2017 interview with MSNBC.

Earlier that same year, Paul was violently attacked from behind by a leftist neighbor. Six of his ribs were broken, his lung was punctured and his injuries required surgery.

The man who violently attacked Senator Rand Paul while he was mowing his lawn in Kentucky, leaving him severely injured, has been ordered by a jury to pay $580,000 in damages. Paul filed a lawsuit against Rene Boucher after suffering a number of broken ribs and long term damage to his body in 2017.

"A Kentucky jury on Wednesday awarded $375,000 in punitive damages and $200,000 for pain and suffering, plus $7,834 for medical expenses," the Associated Press reported Wednesday. "Paul said afterward that he hopes the jury's verdict sends a "clear message that violence is not the answer."

Paul's attacker is reportedly a socialist and registered Democrat. His attorney argued the attack came after a dispute "between neighbors."

It’s never ok to turn those disagreements into violent, aggressive anger. I hope that’s the message from today.