The Kennedy Center Received $25 Million of Your Money. They're Firing People Anyway. 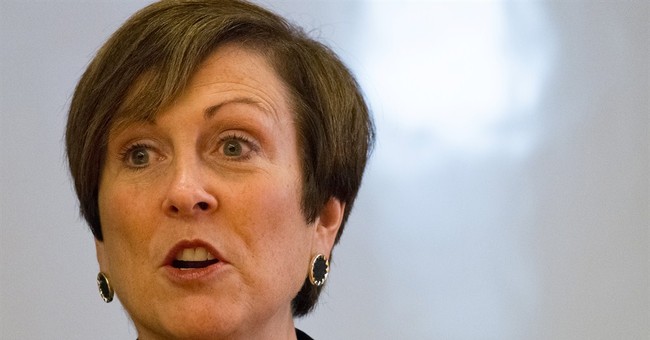 Politicians like Speaker Nancy Pelosi and lobbyists backing the center argued musicians, who are no longer working, needed financial stability like workers in other parts of the country.

But despite the pleading and justification for the emergency funding, musicians and other workers are being fired anyway.

NEW: According to internal discussions and documents obtained by RCP, the Kennedy Center intends to furlough 60% of their full time staff.

Furloughs are expected on a rolling basis

This after already furloughing 725 part time staff and accepting $25 million in federal relief.

Members of the National Symphony Orchestra fired off a letter to Kennedy Center President Deborah Rutter Wednesday, slamming the decision.

“On the same day that President Trump signed the stimulus package that would send $25 million to the Kennedy Center for, among other expenses, employee compensation, Kennedy Center president Deborah Rutter illegally decided to stop paying us, and refused to promise to continue our healthcare past May," co-chair of the Orchestra Committee Steve Wilson released in a statement.

“We were glad to learn yesterday that the Center has now decided that it will cover ‘full healthcare benefits for all furloughed employees.’ But it is unfortunate that Rutter and Kennedy Center management have opted to violate our contract and federal labor law rather than come to us to discuss a collective solution. We understand that the COVID crisis affects everyone. That’s why we have, throughout, been willing to collaborate and discuss ways to work with Kennedy Center management during this challenging time. Illegally breaking our contract isn’t an option here," he continued. “Much smaller and less-resourced organizations than the Kennedy Center have managed to take care of their workers. We’d hope that the Kennedy Center – part of the federal government - could be a standard-bearer, rather than leading the race to the bottom."

Republicans on Capitol Hill have introduced legislation to rescind the funding.

Thanks @SteveScalise for supporting my bill that takes back the $25 million from DC’s Kennedy Center. This money should be spent fighting the virus or in taxpayers’ pockets! WATCH on @seanhannity here: pic.twitter.com/HgmYGEdvE5