America Gets Another Hostage Back, This Time From the Iranian Regime 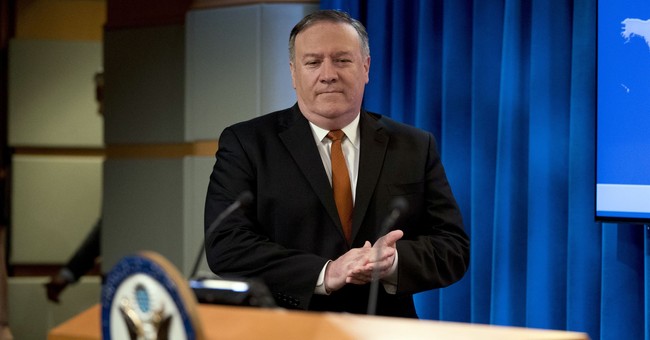 The State Department announced Thursday morning American Amer Fakhoury has been returned to the United States after being held by the Iranian regime in Lebanon. He was there on vacation and tortured during six months of detention. Fakhoury has late-stage cancer.

"American citizen Amer Fakhoury, who has been in detention in Lebanon since September, is returning to the United States where he will be reunited with his family and receive urgent medical treatment. His return comes as a relief to those who have followed the case with grave concern. We are relieved to be able to welcome him back home," Secretary of State Mike Pompeo announced.

Picking up US citizen Amer Fakhoury, taken hostage since September by the Lebanese "state" -- the Hezbollah state. Fakhoury was released after Sens. Shaheen and Cruz moved last month to sanction every official involved, and their families. https://t.co/XSbRKXJCrz

Another American, Michael White, has been released to the Swiss Embassy in Iran for medical treatment. He has been held by the regime for 13-years. The regime agreed to release him to a neutral state inside the country, but is still not allowing him to come home.

"Michael White, who has been wrongfully detained by the Iranian regime since 2018 and is serving a 13-year sentence, was released today on a medical furlough. His release on humanitarian grounds was conditioned upon him staying in Iran," Pompeo said. "Michael is now in the custody of the Swiss embassy and will undergo medical testing and evaluation. The United States will continue to work for Michael’s full release as well as the release of all wrongfully detained Americans in Iran."

President Trump weighed in on the situation today from the White House.

"Today we are bringing home another American citizen. It was a big thing. Very big. Amer Fakhoury," Trump said. "We've been working very hard to get him freed. He is finally able to have his entire family by his side."

"The United States has no higher priority than the safety and well being of our citizens," he continued.