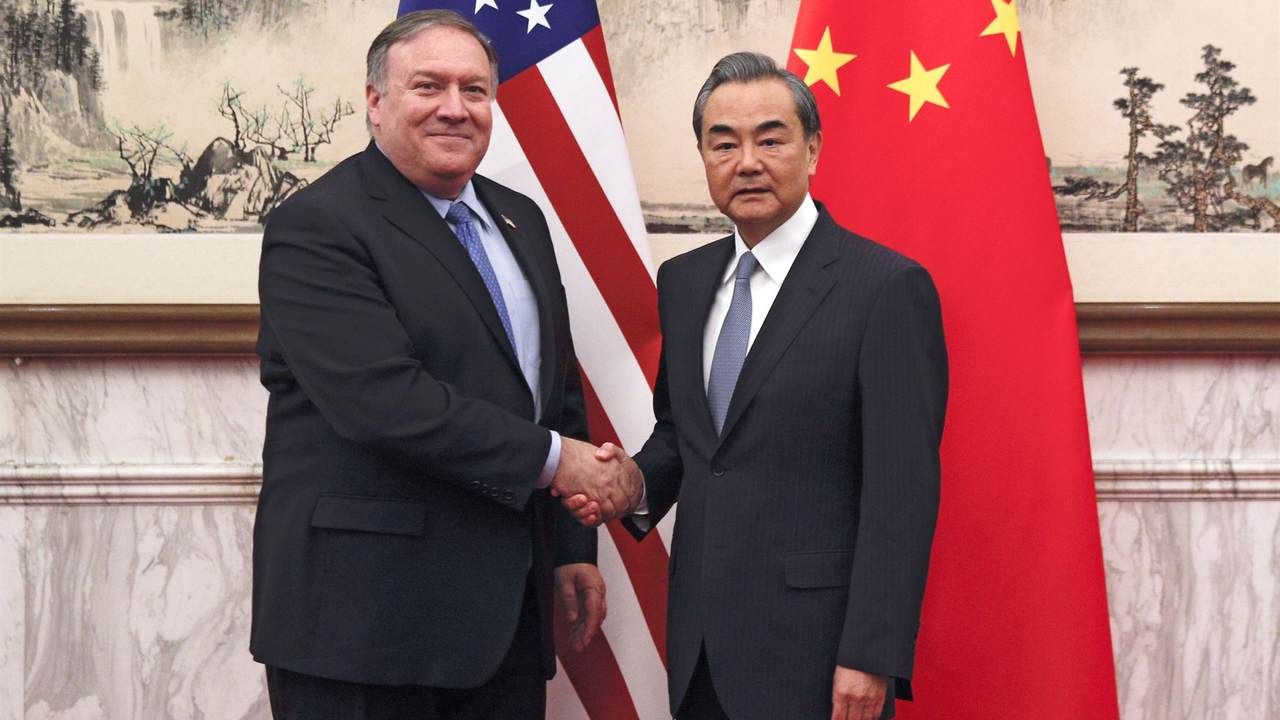 During a recent trip to Saudi Arabia, Secretary of State Mike Pompeo sat down for an interview with Townhall to discuss a wide range of issues.

Before landing in Riyadh, where the focus was on security and combatting Iran, Pompeo visited the African countries of Dakar, Angola and Ethiopia. In addition to fighting corruption, emboldening local entrepreneurs and bolstering American investment, China was a major focus as the communist country continues to increase its presence on the continent.

For the United States, China is a long-term challenge as the communist government continues to exert economic power and military force around the world. China isn't simply interested in controlling other governments, it's after individual citizens.

"The greatest challenge the United States faces over the course of the coming decades is to figure out the right way to respond to the increasing aggressiveness of the Chinese Communist Party," Pompeo told Townhall. "General Secretary Xi has now put weapons systems in the South China Sea. He has used his intelligence services to underwrite companies like Huawei to put communications systems in places where ordinary citizens' data sets won't be secure and private."

Back at home, Pompeo gave a speech to the National Governors Association earlier this month and warned China is watching their actions very closely. Last week the Trump administration specifically named a number of Chinese Communist Party "media" and "news" outlets as foreign operators. In the past, Republican and Democratic Senators have urged the Department of Justice to require foreign propaganda outlets operating in the United States to register as foreign agents.

"We've identified five Chinese Communist Party outlets inside the United States who are truly working on behalf of the Chinese Communist Party. We're going to place the same restrictions on them that we would place on any other governmental entity operating in the United States, and we hope that the Chinese government will begin to treat us reciprocally, the West, not just the United States, but journalists…people who just want to report what's going on in China on any subject: sports, entertainment, the coronavirus, whatever you want to report on in China and let you do so in a way that would be free and transparent," Pompeo said. "As China moves onto the global stage, it has to begin to operate by the set of global rules that have fundamentally taken billions of people out of poverty over the past decades."

In recent weeks, the Trump administration has increasingly sounded the alarm on communications infrastructure built or infiltrated by China. Specifically, the United States has urged European allies to reject the use of Chinese Communist Party owned Huawei. Huawei has enticed western leaders with promises to streamline 5G systems.

In Saudi Arabia, the internet network in the country is run by Huawei, creating a security issue as the United States and the Kingdom work together to combat Iranian aggression.

"Wherever we find technology, whether it's got a Huawei label on it or a ZT label on it or no label at all, when the Chinese Communist Party has access to it and is providing the software updates and is providing the backbone and infrastructure and can access that information, that's the risk," he continued. "That's the risk to the people of their own country, their private data, their healthcare records, all of the things we want to make sure no-one else has the chance to see and then it's a security threat as well, as we're communicating whether that's here in the Kingdom of Saudi Arabia or with our British friends we're going to make sure that networks across which U.S. information goes, are protected. We've urged every country to say look, if you want to work with the United States of America, if you want to have our information flowing across networks that are connected, you're going to have to make sure that is a clean and trusted network. That is the standard we will hold to everywhere in the world."