Uh Oh, Guess Who Had the Betsy Ross Flag at His Inauguration 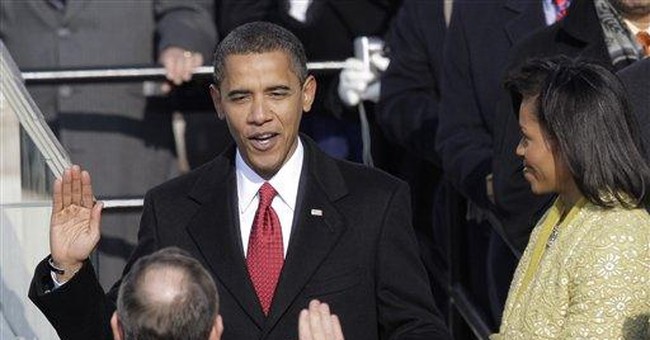 As you've heard by now, Nike decided to pull the sale of a Betsy Ross American flag themed sneaker this week after woke and washed up athlete Colin Kaepernick complained it is tied to racism.

But there's just one huge problem with that argument:

Attention Nike: The flag Colin Kaepernick told you was unacceptable on your shoes was displayed rather prominently at Barack Obama's inauguration. https://t.co/zbeXx2CFZc

.@Kaepernick7 told @Nike the #BetsyRoss flag is an offensive symbol because of its “connection to an era of slavery.”

Weird that no one had a problem with The Betsy Ross Flag when it flew over Obama’s inauguration. Now it’s not patriotic... ok got it. ?? #morons https://t.co/wkxDRZs6bM

Betsy Ross was and still is an American hero. Her flag was part of the birth of the greatest nation on earth. We should be eternally grateful for her service to the country.