By the Numbers: Here's How the Crisis on the Border is Getting Even Worse 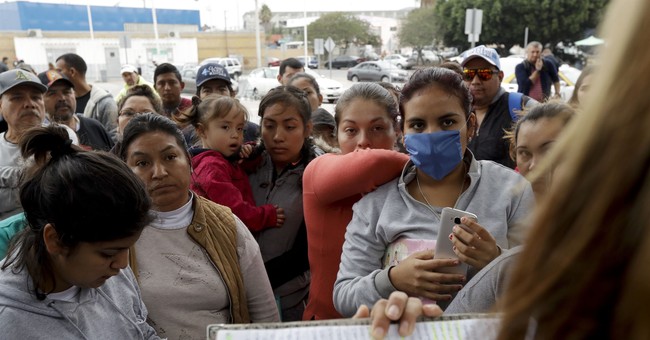 Earlier this week Senate Judiciary Committee Chairman Lindsey Graham held a hearing to go over legislation that will fix the ongoing crisis at the border.

During the hearing Graham revealed new numbers showing an explosion of fraud and abuse of the asylum system, which legislation he has introduced would end.

We’re eight months in to FY19. When compared to FY18 stats from the same time period:

The numbers are overwhelming. pic.twitter.com/Lxjo7s13CC

Acting DHS Secretary Kevin McAleenan also testified, confirming that 90 percent of Central American migrants who are released into the United States do not show up for their scheduled asylum or immigration court hearings. Violent and dangerous criminal elements are also taking advantage.

“The reality is that we have an unprecedented humanitarian and security crisis on our border. 144,000 crossings last month. We had one day with 5,800 and then you see large groups like the group of 1,000. That group was made up entirely of people from Central America, Guatemala, Honduras and El Salvador, 900 members of family units, 60 unaccompanied children and just a few single adults. That highlights the crisis right there,” McAleenan said.

“It’s not just families and kids. We also have 35% of those crossing trying that are trying to evade capture. Hidden with that group are single adults that might have a criminal record, either here in the U.S. or in their home countries. 17,000 last year, we’re seeing more this year,” he continued. "808 known gang members and more importantly, we have drug smugglers using the families and kids as a diversionary tactic to try to bring their poison across at the same time.”

Acting Homeland Security Secretary, Kevin McAleenan, reveals that 90% of asylum seekers do not show up for their scheduled hearing after entering the U.S. | @GillianHTurner pic.twitter.com/BzdmGzdQGq

Currently, immigration detention centers are completely packed and capacity is full. DHS and HHS can only hold Central American "family units," many of which are fraudulent, for 20 days. After that time period, they are released into the United States never to be seen again.

Meanwhile, the United States has seen an influx of disease as a result of an overwhelmed immigration system that cannot thoroughly vet hundreds-of-thousands of illegal aliens coming through each month.