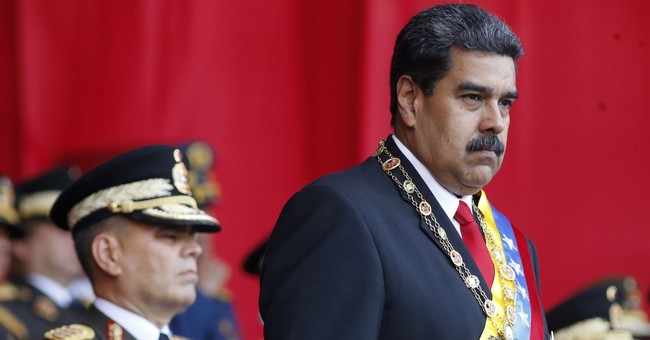 The situation in Venezuela is deteriorating by the minute as President Guan Guido continues to encourage the military to stop taking orders from Dictator Nicolas Maduro.

During opposition protests Tuesday in Caracus, Maduro's thugs deliberately plowed into a crowd of people, running them over and causing severe injury.

A video showing the moment Pro-Guaido protestors were run over by a GNB vehicle near La Carlota airbase#Venezuela pic.twitter.com/xOEFgcKnSh

Other video shows live ammunition being sprayed into crowds.

I am monitoring the situation in Venezuela very closely. The United States stands with the People of Venezuela and their Freedom!

The end of Maduro’s usurpation of power is possible. Venezuela’s armed forces should stand loyal to their people and the constitution. Democracy will be restored in Venezuela. https://t.co/ITSHkqLike

If a man is known by the company he keeps, what does that say about Maduro?
https://t.co/zBCdHYDVyp