President Trump: No, We Didn't Pay the Bill North Korea Sent Us For Otto Warmbier 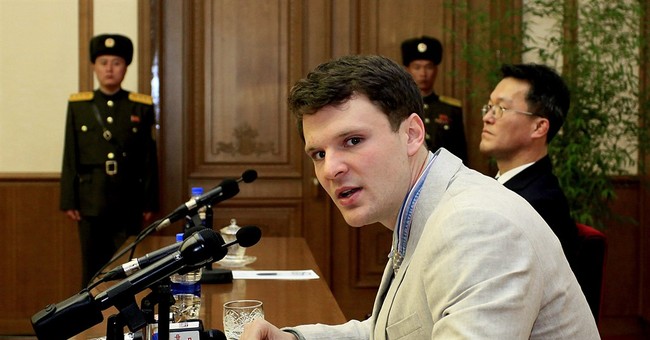 President Trump is publicly pushing back on allegations the United States paid $2 million to the North Korean regime to get American Otto Warmbier, who was tortured into a coma after being arrested for allegedly stealing a propaganda poster in 2016, back to his family.

No money was paid to North Korea for Otto Warmbier, not two Million Dollars, not anything else. This is not the Obama Administration that paid 1.8 Billion Dollars for four hostages, or gave five terroist hostages plus, who soon went back to battle, for traitor Sgt. Bergdahl!

“President Donald J. Trump is the greatest hostage negotiator that I know of in the history of the United States. 20 hostages, many in impossible circumstances, have been released in last two years. No money was paid.” Cheif Hostage Negotiator, USA!

Warmbier was returned to the U.S. in 2017. He was in a coma upon arrival and died just days later. His family has advocated for North Korea to be classified by the U.S. government as a terrorist state.