President Trump: Rex Tillerson Was Dumb as a Rock, Lazy as Hell 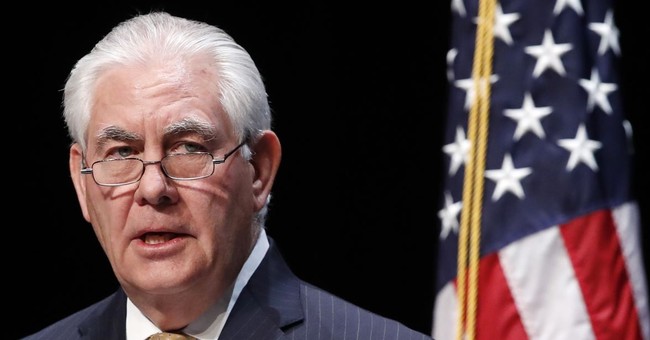 President Trump went after former Secretary of State Rex Tillerson Friday afternoon, calling him mentally deficient for the job and "dumb as a rock."

Mike Pompeo is doing a great job, I am very proud of him. His predecessor, Rex Tillerson, didn’t have the mental capacity needed. He was dumb as a rock and I couldn’t get rid of him fast enough. He was lazy as hell. Now it is a whole new ballgame, great spirit at State!

The insult came after Tillerson gave an interview to CBS News. In it, he described what he perceived as a difficult working relationship with President Trump.

“When the president would say, 'Here's what I want to do, and here's how I want to do it,' and I'd have to say to him, 'Well, Mr. President, I understand what you want to do, but you can't do it that way. It violates the law, it violates the treaty,' you know. He got really frustrated,” Tillerson said. “I think he grew tired of me being the guy every day who told him he can’t do that and let’s talk about what he can do.”

In March, Tillerson was fired via tweet while on a State Department trip to Africa. For months before his firing, the two had been at odds on a number of issues including the Iran deal, Qatar, TPP, recognizing Jerusalem as the capital of Israel, Paris Climate Accord, North Korean negotiations and more.