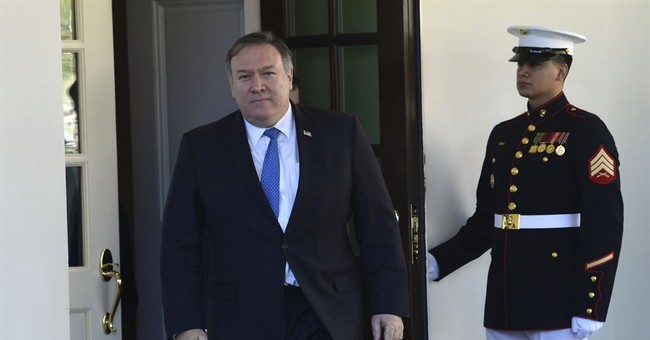 It's been over a week now since columnist and political activist Jamal Khashoggi walked into the Saudi consulate in Istanbul, Turkey and never walked out. It is suspected he was brutally tortured and murdered by a number of men who were waiting for him inside.

Pro-Iranian voices in the media have berated the Trump administration repeatedly for refusing to rush to conclusions about what happened and for failing to blow up the longtime alliance between the U.S. and Saudi Arabia over the situation.

Turkish officials have repeatedly claimed there is audio tape of the alleged killing, yet as of Friday, America's top diplomat hasn't heard it.

Secretary of State Mike Pompeo was never given or shown a Transcript or Video of the Saudi Consulate event. FAKE NEWS!

This is despite Pompeo making a last minute trip to Turkey this week in an effort to get to the bottom of what happened.

Today, I was in #SaudiArabia where I met with King Salman, Crown Prince Mohammed bin Salman, and Foreign Minister al-Jubeir. We had direct and candid conversations. Wednesday, I fly to Ankara to meet with Turkish officials. Read my full statement here: https://t.co/99fU8gxPEw

In other words, we're still not clear on exactly what happened and there's a reason Turkish officials, whose government rivals Saudi Arabia, are refusing to release it.

On his way to a rally in Montana on Thursday, President Trump said if the Saudis are responsible for Khashoggi's killing, consequences will be "very severe." He also added that we'll "see what happens."