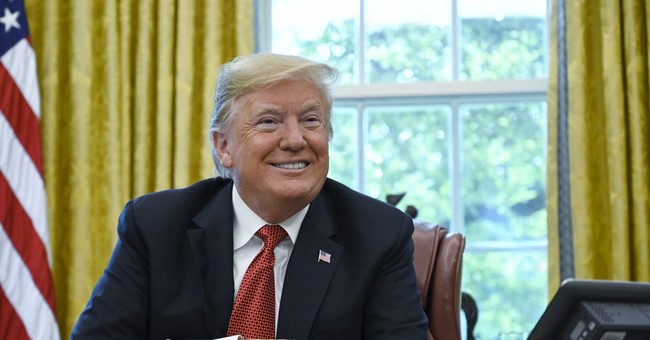 President Donald Trump held a Cabinet meeting at the White House Wednesday and instructed each of its members to cut at least five percent from their department budgets.

"Some [Cabinet secretaries] will say, I can do much more than 5 [percent]," Trump said. "Get rid of the fat, get rid of the waste."

"It'll have a huge impact," he continued.

.@POTUS: “I’m going to ask each of you to come back with a 5 percent budget cut from your various departments…I’m sure everybody at this table can do it.” https://t.co/oX1btZv7qZ pic.twitter.com/y1uKQi4wNr

The Department of Defense may receive an exemption.

"That's a very substantial number, but it's defense, it's very important to us." https://t.co/HZ6BISpcgW pic.twitter.com/6MkGTXH19c

The White House released a tipsheet Wednesday detailing how the administration will continue its work repealing burdensome and economically damaging regulations.

"An ever-growing maze of regulations, rules, restrictions has cost our country trillions and trillions of dollars, millions of jobs, countless American factories, and devastated many industries," President Trump said in a statement.