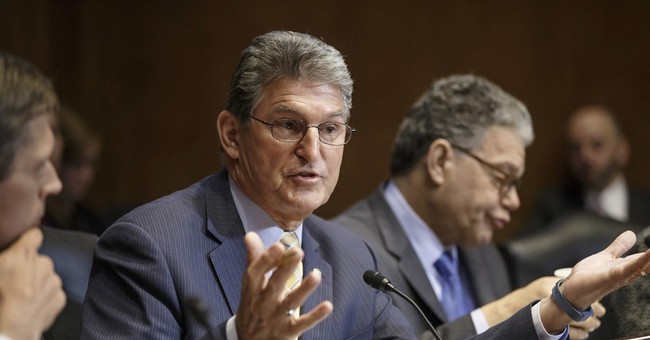 Senator Joe Manchin (D-WV) is one of the wild cards in the Supreme Court nomination fight over Judge Brett Kavanaugh.

Manchin represents a state President Trump won by more than 40 points and his constituents want Kavanaugh confirmed to the bench. Until now, he's held his cards close on how he'll vote on Kavanaugh's nomination, but is explaining what information he plans to use in order to make his decision.

Manchin on Kavanaugh: I'm looking at the gentleman as an adult from 22 to 53. 31 years of official service. I'm looking at him as a father, as a person in the community...I mean I'm just looking at the human side of it also I think every aspect has to be looked at.

"I'm just looking for some clarity."@Sen_JoeManchin reacts to the FBI's probe of the allegations leveled against Supreme Court nominee Brett Kavanaugh. pic.twitter.com/PqeENxHrB4

If Manchin sticks to this standard, Kavanaugh is in good shape thanks to his impeccable public service career and dedication to his community. Also, there was this tell from last week:

No clear clues yet on how Republican Senators Lisa Murkowski, Susan Collins and Jeff Flake will vote, but previous reporting indicates they may vote with Manchin as a block. Senator Heidi Heitkamp (D-ND) may also be a yes.

A Senate insider has told Townhall that Kavanaugh has the votes to make it out of committee and the votes to be confirmed on the floor for a seat on the U.S. Supreme Court. Sens. Flake (R-AZ), Collins (R-ME), Murkowski (R-AK), and Manchin (D-WV) are expected to vote in favor of Kavanaugh. All the Republicans are voting yes. Also, in the rumor mill, several Democrats may break ranks and back Kavanaugh.