It's Official: Arizona's Jon Kyl is a Senator Again 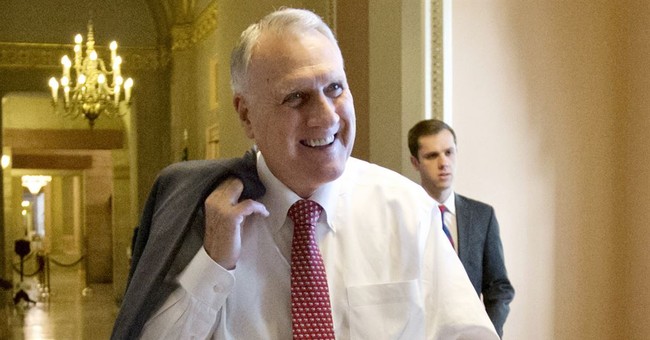 "There's a reason he [Kyl] was considered one of the best Senators in the country," Ducey said. "Now is not the time for on the job training. Arizona needs somebody who can hit the ground running on day one...we are blessed to have the leadership and the statesmanship of Jon Kyl as we move forward."

“Over the weekend, Senator John McCain was laid to rest at Annapolis. Our dear friend left a towering legacy of service and sacrifice. But as Senator Graham reminded us last week, while none of us can hope to fill his shoes, we should all strive to follow in his footsteps. Today, the great state of Arizona has sent us a successor who’s as well equipped as anyone to do just that," McConnell said.

“Our friend and former colleague Senator Jon Kyl is one of the most serious, most expert, and most effective legislators with whom I’ve had the pleasure of serving. In his eighteen years of Senate service, he forcefully defended the interests of Arizonans on issues local, national, and international. He mastered the details of water and natural resource issues. He became a go-to point person on missile defense, nuclear modernization, strategy, and arms control. He built a reputation as a steady and energetic public servant who put his state and his country first," he continued. “On a point of personal privilege, I’m really glad that we’ll have Jon back with us. He has great judgment and an even keel. He’s a team player, a true friend, and an inspiring example of what a Senator can and should be. It’s a good thing, too. Congress has a lot to accomplish in the coming weeks -- like finalizing appropriations bills, completing our consideration of Judge Kavanaugh, and confirming more of the president’s qualified nominees. It’s going to be all hands on deck for the American people. So I could not be happier that this new, not-so-junior Senator from Arizona will be here to help us through this period.”

Vice President Mike Pence made a trip to Capitol Hill for Kyl's swearing in.