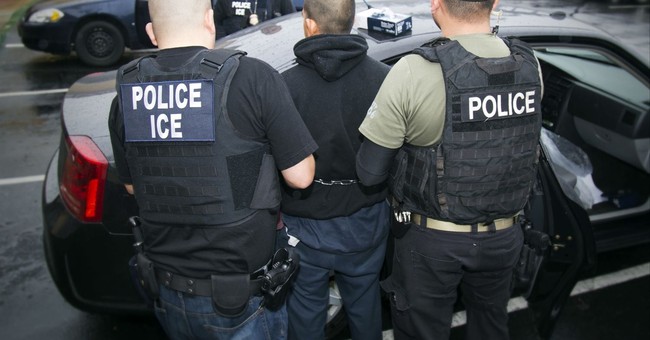 The Department of Homeland Security released new numbers this week detailing how many foreigners overstayed their visas in the United States last year.

According to a DHS report, which has been delivered to a number of relevant committee chairmen and ranking members on Capitol Hill, more than 700,000 foreigners illegally overstayed their visas when they lapsed in 2017.

First, from the executive summary:

This report provides data on expected departures and overstays, by country, for foreign travelers to the United States who entered as nonimmigrants through an air or sea port of entry (POE) and who were expected to depart in FY 2017 (October 1, 2016 – September 30, 2017).  It does this by examining the number of entries, by country, for foreign travelers who arrived as nonimmigrants during this time as of October 1, 2017.

An overstay is a nonimmigrant who was lawfully admitted to the United States for an authorized period but stayed in the United States beyond his or her authorized admission period. Nonimmigrants admitted for “duration of status” who fail to maintain their status also may be considered overstays.  “Duration of status” is a term used for foreign nationals who are admitted for the duration of a specific program or activity, which may be variable, instead of for a set timeframe. The authorized admission period ends when the foreign national has accomplished the purpose or is no longer engaged in authorized activities pertaining to that purpose. An example is a student program that runs for four years.  When the program is completed, the student must leave or go on to pursue another program of study.

DHS has determined that there were 52,656,022 in-scope nonimmigrant admissions to the United States through air or sea POEs with expected departures occurring in FY 2017, which represents the majority of air and sea annual nonimmigrant admissions.  Of this number, DHS calculated a total overstay rate of 1.33 percent, or 701,900 overstay events. In other words, 98.67 percent of the in-scope nonimmigrant entries departed the United States on time and in accordance with the terms of their admission.

The overstay rate for student visas is higher than the total number:

For nonimmigrants who entered on a student or exchange visitor visa (F, M, or J visa), DHS has determined there were 1,662,369 students and exchange visitors scheduled to complete their program in the United States.  However, 4.15 percent stayed beyond the authorized window for departure at the end of their program.