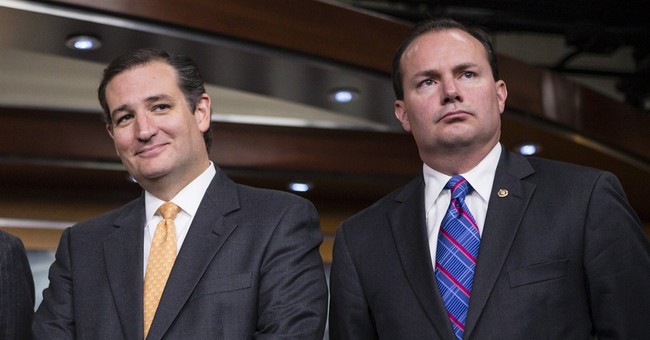 President Trump has reportedly made a final decision about who he will nominate to be the next Supreme Court Justice.

Earlier this week, Trump spoke on the phone with Utah Republican Senator Mike Lee, who is on the short list for consideration.

Lee's closest ally in the Senate, Ted Cruz, has been advocating for his nomination since Justice Anthony Kennedy announced his retirement last week. He argues Lee will maintain his dedication to the constitution, unlike previous Justices nominated by Republican presidents who betrayed their originalism.

Today, Cruz made another push for Lee in an op-ed for Fox News.

Past Republican presidents have repeatedly nominated justices who failed to live up to the principles they were selected to represent. For example, President George H.W. Bush’s selection of liberal David Souter was one of the most consequential errors of his presidency.

Indeed, many of the worst liberal judicial activists, including William Brennan, John Paul Stevens, and Harry Blackmun – the author of the Roe v. Wade decision that legalized abortion nationwide – were appointed by Republican presidents. These mistakes haunt the legacies of presidents, a specter they can never shake. We cannot let this happen again.

Sen. Lee, R-Utah, was made for this moment. No other candidate has his combination of record, ability, and a sure-fire path to confirmation – and no other candidate would excite conservative voters this November more than someone they know and trust, like Mike Lee.

Moreover, Lee safeguards President Trump’s Supreme Court legacy for all time, because there is not a single soul out there who can doubt that a Justice Mike Lee would remain true to the convictions he has fought for his entire life.

Lee is certainly qualified for the position and would serve the country well, but it doesn't appear he's at the top of the list.