Summit? No Summit? Pompeo Gives an Update on North Korea 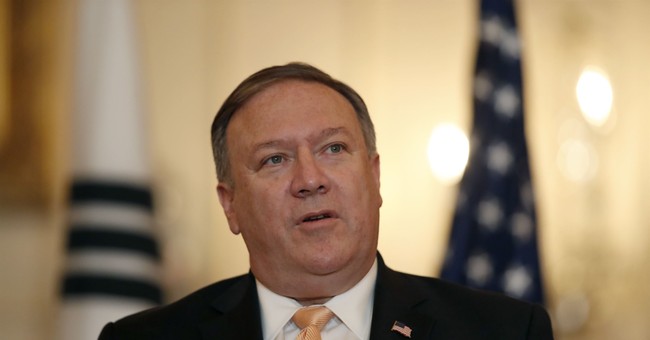 The goal of the meetings, which spanned into today, was to renegotiate a potential summit in Singapore between U.S. President Donald Trump and North Korean dictator Kim Jon Un. President Trump cancelled the summit last week after the North Korean regime threatened the United States with nuclear war and stopped answering phone calls about summit planning.

Pompeo will hold a press briefing with reporters in New York Thursday afternoon, but took to Twitter over the past 24-hours to update Americans on the progress.

Substantive talks with the team from #NorthKorea. We discussed our priorities for the potential summit between our leaders. pic.twitter.com/y5sMadd84v

Pleased to host the delegation from #NorthKorea. Meetings are underway. pic.twitter.com/KV4ITLnOfU

Welcoming back the delegation from #NorthKorea, led by Kim Yong Chol, to the second day of meetings in New York. pic.twitter.com/3CGmihqaat

The potential summit between @POTUS and Chairman Kim presents #DPRK with a great opportunity to achieve security and economic prosperity. The people of #NorthKorea can have a brighter future and the world can be more peaceful.

President Trump also weighed in on the meetings Thursday morning.

A North Korean delegation will travel to Washington D.C. Thursday afternoon to deliver a letter from Kim Jong Un to President Trump.