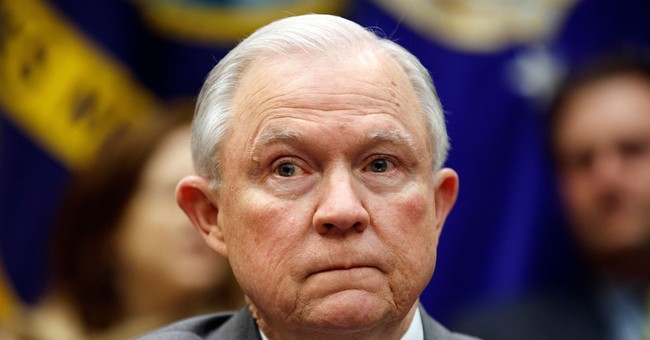 Attorney General Jeff Sessions, who announced federal charges for members of the infamous open borders caravan earlier this week, is sending additional resources to the U.S. southern border with Mexico to handle the ongoing border crisis.

Thirty-five judges and prosecutors will be placed in border states California, Arizona, New Mexico and Texas to speed up "prosecutions of improper entry, illegal reentry, and alien smuggling cases" and "adjudication of immigration court cases."

“The American people made very clear their desire to secure our borders and prioritize the public safety and national security of our homeland,” Sessions said about the move. “Promoting and enforcing the rule of law is essential to our republic. By deploying these additional resources to the Southwest border, the Justice Department and the Trump Administration take yet another step in protecting our nation, its borders, and its citizens. It must be clear that there is no right to demand entry without justification.”