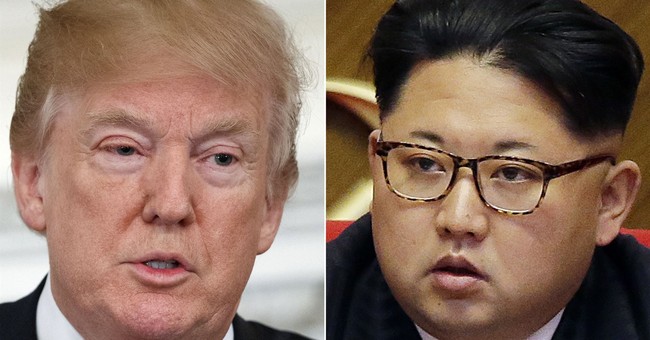 It was just a few weeks ago when the White House announced President Trump had officially accepted an invitation from North Korean Dictator Kim Jong Un to meet in person.

Since that time, the North Koreans have been quiet about whether they'll show up for the meeting and there have been no additional details about when and where it could take place.

Speaking before a Cabinet meeting at the White House Monday, President Trump said the meeting will happen in May or June. The location is still to be determined. He also confirmed direct communication between the United States and the Korean regime.

"North Korea, by the way, as you've probably seen, and we've been in touch with North Korea, we'll be meeting with them sometime in May or early June.  And I think there will be great respect paid by both parties and hopefully we'll be able to make a deal on the de-nuking of North Korea.  they've said so; we've said so. Hopefully, it will be a relationship that's much different than it's been for many, many years," Trump said.

"This should have been done by other Presidents and they've decided they didn't do it.  They couldn't have done it.  But it would have been a lot easier if it were done 5 years ago, 10 years ago, 20 years ago.  A lot easier than now.  But we have a meeting that is being set up with North Korea.  So that will be very exciting, I think, for the world.  I think it's going to be a very exciting thing for the world," he continued.

According to multiple reports over the weekend, Kim Jong Un has agreed to discuss denuclearization at the meeting. However, White House officials have repeatedly stated it will not be a time for negotiation and instead an initial introduction.

North Korea has told the @realDonaldTrump administration that Kim Jong Un is ready to discuss denuclearization of the Korean peninsula. https://t.co/ul1Q31nPtv pic.twitter.com/IegXn9isKE