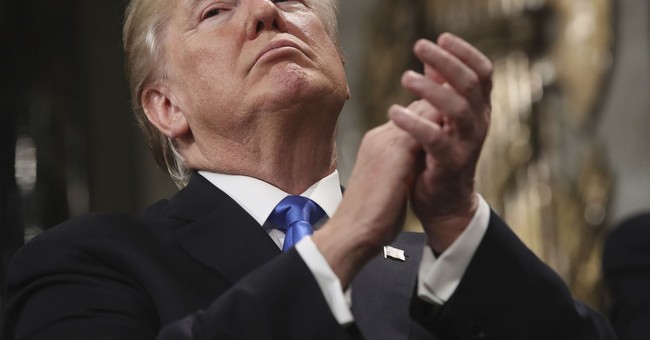 President Trump is expected to imminently declassify and release a memo written by Republicans on the House Intelligence Committee. The memo reportedly outlines FISA abuses and shows misconduct from the FBI during the 2016 presidential election.

During the State of the Union address Tuesday, Trump told a Republican lawmaker the memo will "100 percent" be released. Chief of Staff John Kelly said Wednesday the memo will be reviewed and released soon.

Yesterday the FBI released a statement, approved and endorsed by Director Christopher Wray, expressing grave concern about the release of the memo. Other reports have shown the FBI has reviewed and edited the memo ahead of its inveitable release by the end of the week. Those reports also state the agents who reviewed the memo have no inaccuracies to report about its content.

"The FBI takes seriously its obligations to the FISA Court and its compliance with procedures overseen by career professionals in the Department of Justice and the FBI. We are committed to working with the appropriate oversight entities to ensure the continuing integrity of the FISA process," the statement says.

"With regard to the House Intelligence Committee’s memorandum, the FBI was provided a limited opportunity to review this memo the day before the committee voted to release it. As expressed during our initial review, we have grave concerns about material omissions of fact that fundamentally impact the memo’s accuracy."