Court: The FBI Must Turn Over Comey's Memos By Next Week 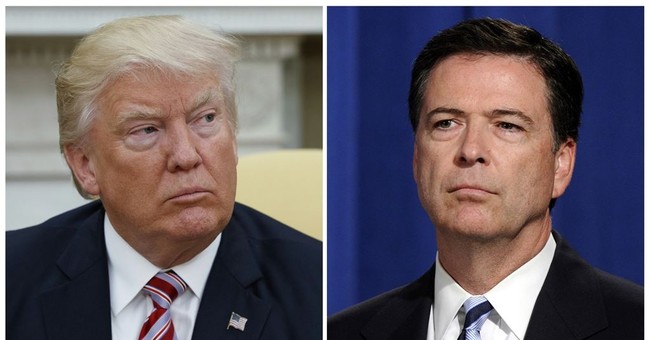 A federal judge has ruled the FBI must turn over memos written by former FBI Director James Comey about a meeting with President Trump. The decision comes as a result of a lawsuit filed by Judicial Watch, which has been seeking the documents for months.

The FBI has been ordered to turn over the documents by January 18, which is next week.

"The court, in seeking to review the documents, shows it doesn’t trust the FBI or Justice Department’s representations about the infamous Comey memos. We hope now that Americans are one step closer to knowing the facts about these memos, which were written and leaked for pernicious purposes to target a sitting president with a criminal investigation," Judicial Watch President Tom Fitton said in a statement. "It’s high time they begin to see the light of day. We’re glad the court followed up on our specific suggestion that it review the documents directly."

Department of Justice attorneys, who are defending the FBI in the lawsuit, asked the court for the case to be dismissed. That request has been denied and Comey's memos must be turned over for review.

Comey admitted during congressional testimony last summer that he gave the memos to a friend, Columbia Law Professor Daniel Richman, to leak to the media. After being abruptly fired from his position. Comey's goal was to prompt a Special Counsel investigation of the Trump campaign during the 2016 presidential election.

"I asked a friend of mine to share the content of the memo with a reporter," Comey said. "I didn't do it myself for a variety of reasons, but asked him to, because I thought that it might prompt the appointment of a Special Counsel. I asked a close friend of mine to do that."

Shortly after the leaks, a Special Counsel was indeed appointed.