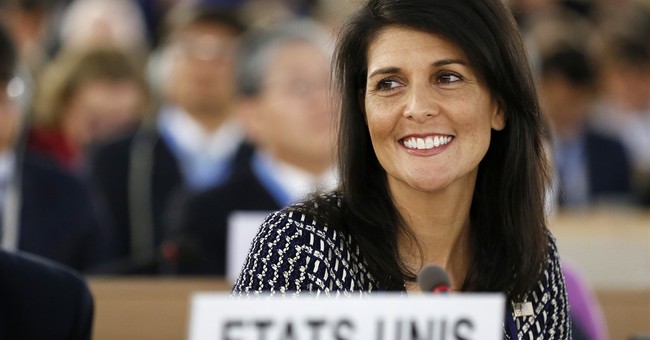 Earlier this week UN Ambassador Nikki Haley warned members of the international body that the United States of America does not pay to be disrespected and would be taking down the names of countries who condemned America's decision to recognize Jerusalem as the capital of Israel.

"At the UN we're always asked to do more & give more. So, when we make a decision, at the will of the American ppl, abt where to locate OUR embassy, we don't expect those we've helped to target us. On Thurs there'll be a vote criticizing our choice. The US will be taking names," she tweeted.

On Thursday, 128 countries voted against the U.S. with 45 either abstaining or standing in direct defense of America. More than a dozen didn't show up for the vote.

In response the results, Haley has invited 64 countries to a friendship reception after the New Year.

#US ambo Nikki Haley invites the 64 countries who voted ‘no’, abstained or didn’t show up for #UNGA #Jerusalem resolution to “friendship” party. pic.twitter.com/ebMw5KnNYE

President Trump brushed off the countries planning to condemn the Jerusalem move and threatened to look at changing the funding to the United Nations as a result.

"Let them vote against us. We'll save a lot. We don't care," Trump said during a cabinet meeting at the White House.