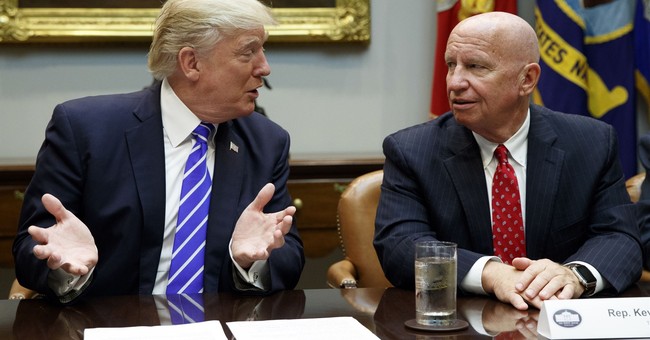 Last week it was reported Republicans may go after 401(k) retirement plans as a way to pay for tax reform. After outrage, President Trump took to Twitter to clarifying the situation .

But during an event in Washington D.C. Wednesday morning, House Ways and Means Committee Chairman Kevin Brady didn't take 401(k)s out of the picture. From The Hill:

House Ways and Means Committee Chairman Kevin Brady (R-Texas) suggested Wednesday that a tax bill could still make changes to 401(k) plans and other retirement savings programs, even as President Trump suggested in a tweet that no alterations would be made.

"We think in tax reform, you can create incentives for Americans to save more and save sooner, which can help them," Brady said at a breakfast hosted by the Christian Science Monitor. "So we are exploring a number of ideas in those areas."

The financial industry has heard that lawmakers are considering significantly lowering the amount that people can contribute to 401(k)s on a pre-tax basis in an effort to help raise revenue to pay for tax cuts.

Before boarding Marine One for Texas on Wednesday afternoon, President Trump reiterated his support for 401(k) plans and said he wanted them to be protected. However, he did say they may be on the table as a negotiating piece while tax reform moves forward.

"401(k)s to me are very important," Trump said, adding the retirement accounts are an important middle class tax break.

These plans are not only popular "tax breaks," but far more importantly allow individuals to save for their retirement in order avoid reliance on government later in life.

Republicans plan to have a tax reform bill written in the next few weeks, with a goal of getting it negotiated and passed by Christmas.