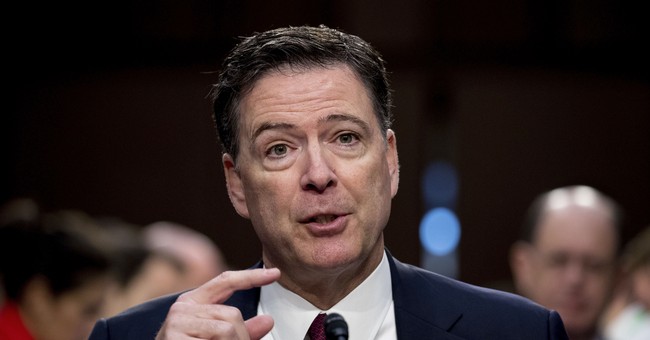 "I don't think it's been fully understood the significance of the error Mr. Comey made on the Clinton matter," Sessions said. "For the first time in all of my experience and I don't think I've heard of any situation in which a major case, in which the Department of Justice prosecutors were involved in the investigation that the investigative agency announces the closure of the investigation."

"Then a few weeks before this happened, he was testifying before the Congress, Mr. Comey was, he said he did the right thing and would do it again," he continued, adding Deputy Attorney General Rod Rosenstein believed the move was a completely inappropriate usurpation of DOJ.

Earlier this week, the FBI confirmed Comey started drafting a statement exonerating Hillary Clinton from criminal charges two months before the investigation was declared over. Further, nearly a dozen key witnesses, including Clinton herself, hadn't yet been interviewed.

Republican Senator Lindsey Graham has called on Comey to return to Capitol Hill in order to clarify sworn testimony about the investigation timeline and his early drafting of the statement before agents were finished with their work.

Since his firing in May Comey has kept a relatively low profile, with the exception of leakingconfidential FBI memos to a friend, who then gave them to the New York Times.