Comey Admits to Leaking: I Had a Friend Give My Memos To a Reporter 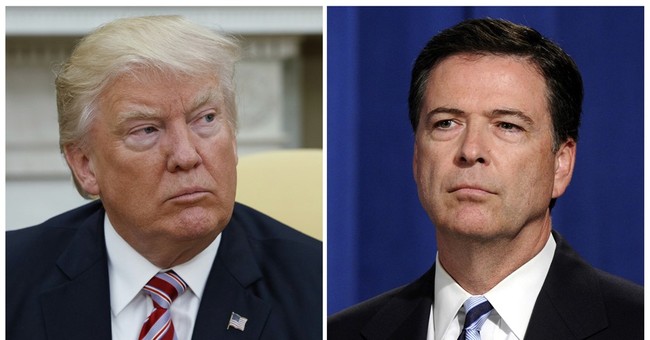 On May 16 the New York Times published a story citing memos belonging to former FBI Director James Comey. The paper reported the memos showed President Trump asked for the FBI investigation into former National Security Advisor Michael Flynn to be dropped during a private meeting at the White House before Comey was fired. The content of the memos was described in the reporting, but the memos were not published.

During testimony in front of the Senate Intelligence Committee Thursday, Comey admitted he asked a friend to give his memos to a reporter. That friend was Columbia Law Professor Daniel Richman.

The memos have been turned over to Special Counsel Robert Mueller, who was appointed by Assistant Attorney General Rod Rosenstein last month to lead an independent investigation into Russian meddling in the 2016 presidential election.

Comey admits that he leaked the internal memo through a Columbia law professor in order to force Special Counsel. Yet, that raises questions
— Jonathan Turley (@JonathanTurley) June 8, 2017

The memos could be viewed as gov't material and potential evidence . Leaking to a friend for disclosure can raise serious questions.
— Jonathan Turley (@JonathanTurley) June 8, 2017