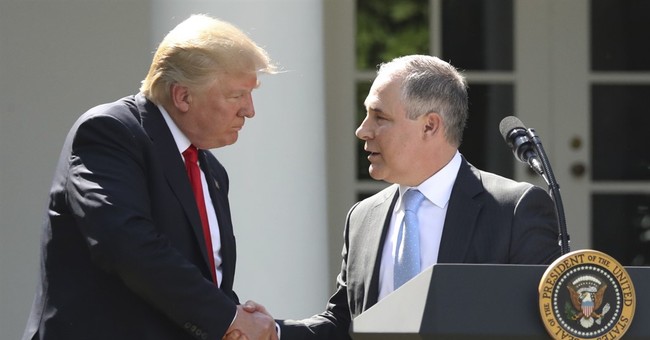 Earlier this year Budget Director Mick Mulvaney said the Trump administration had stripped funding for climate change research in President Trump's inaugural budget because, "it's a waste of money."

"As to climate change, I think the President was fairly straightforward saying we’re not spending money on that anymore," Mulvaney said in March. "We consider that to be a waste of your money to go out and do that. So that is a specific tie to his campaign.”

The Trump administration has decided to disband the federal advisory panel for the National Climate Assessment, a group aimed at helping policymakers and private-sector officials incorporate the government’s climate analysis into long-term planning.

The charter for the 15-person Advisory Committee for the Sustained National Climate Assessment — which includes academics as well as local officials and corporate representatives — expires Sunday. On Friday, the National Oceanic and Atmospheric Administration’s acting administrator, Ben Friedman, informed the committee’s chair that the agency would not renew the panel.

The move comes two months after President Trump officially announced the end of U.S. participation in the Paris climate agreement.

"In order to fulfill my solemn duty to protect America and its citizens, the United States will withdraw from the Paris Climate Accord," Trump said at the time, adding the U.S. is open to renegotiating another deal. "We will begin negotiations to re-enter either the Paris Accord, or an entirely new agreement."