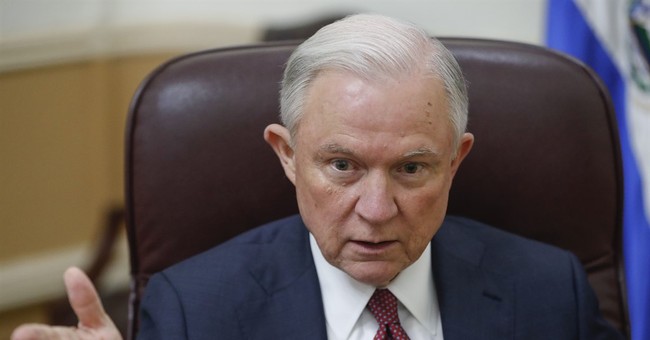 “The violence and deaths in Charlottesville strike at the heart of American law and justice. When such actions arise from racial bigotry and hatred, they betray our core values and cannot be tolerated," Sessions released in a statement Saturday night. "I have talked with FBI Director Chris Wray, FBI agents on the scene, and law enforcement officials for the state of Virginia. The  FBI has been supporting state and local authorities throughout the day. U.S. Attorney Rick Mountcastle has commenced a federal investigation and will have the full support of the Department of Justice. Justice will prevail.”

"The Richmond FBI Field Office, the Civil Rights Division, and the US Attorney’s Office for the Western District of Virginia have opened a civil rights investigation into the circumstances of the deadly vehicular incident that occurred earlier Saturday morning. The FBI will collect all available facts and evidence, and as this is an ongoing investigation we are not able to comment further at this time,” the Richmand FBI field office added.

The statement comes after Republican Senator Ted Cruz called for DOJ to investigate the situation as an act of domestic terrorism after three people were killed and nearly two dozen others were wounded by a man driving a vehicle into protestor crowds.

"It's tragic and heartbreaking to see hatred and racism once again mar our great Nation with bloodshed. Heidi's and my prayers are with the loved ones of those killed and injured in the ongoing violence in Charlottesville. The First Amendment protects the rights of all Americans to speak their minds peaceably, but violence, brutality, and murder have no place in a civilized society," Cruz said. "The Nazis, the KKK, and white supremacists are repulsive and evil, and all of us have a moral obligation to speak out against the lies, bigotry, anti-Semitism, and hatred that they propagate. Having watched the horrifying video of the car deliberately crashing into a crowd of protesters, I urge the Department of Justice to immediately investigate and prosecute this grotesque act of domestic terrorism."

Two Virginia State Troopers were also killed yesterday in a helicopter crash while attempting to assist law enforcement on the ground with backup.