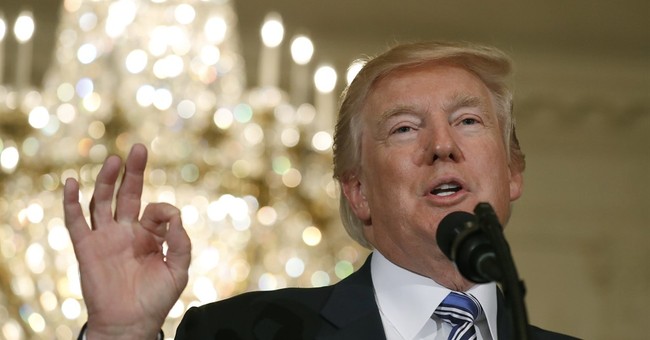 Speaking from the Roosevelt Room at the White House Wednesday morning, President Trump expressed support for the Reforming American Immigration for Strong Employment Act, RAISE, in an effort to shift America's immigration system away from low-skilled labor to one based on merit and skills. If passed, the legislation would represent the largest overhaul of the U.S. immigration system since the 1960s.

"The green card reforms in the RAISE Act will give American workers a pay raise by reducing unskilled immigration," he continued.

"We're not committed to working class Americans and we need to change that," Senator Tom Cotton, a co-author of the legislation, said. "We bring over a million immigrants into this country a year. That's like adding the population of Montana."

"Our current system  is over a half-century old. It is an obsolete disaster," he continued.

Debate on the bill is expected after the August recess.