Spicer: It Has Been an Honor to Serve My Country and the President 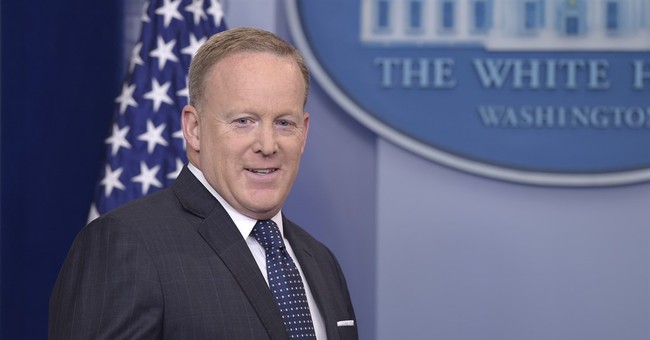 After submitting his resignation as Press Secretary Friday morning, Sean Spicer is leaving his White House position with grace.

More color from inside of the room from Axios:

After the Oval Office meeting: Spicer, Priebus and Scaramucci stood in a row behind Sean's desk in the corner of the press secretary's office. A wall of TVs playing cable news was in the background. Some 40 staff gathered, according to a source in the room.

"A lot of you are hearing the news, and I want you to hear it directly from us."

He praised Scaramucci, said he's a fighter and can do a great job. Everyone applauded for Scaramucci.

Sean framed the decision as wanting to give Mooch a clean slate.

A source in the room said he was very gracious about it, and everyone applauded for Sean.