Surprise: Many Americans Don't Have an Opinion About Comey Getting Fired 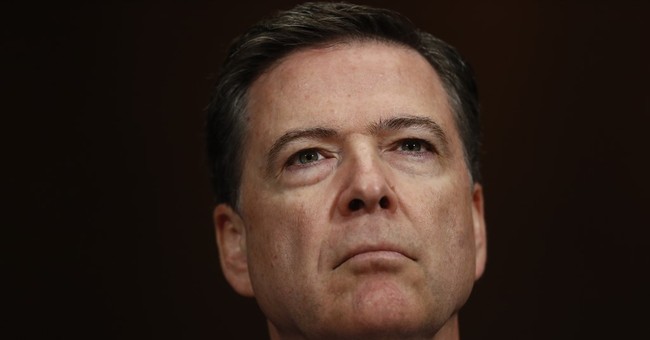 As outrage continues to boil over in Washington D.C. surrounding President Trump's firing of FBI Director James Comey last week, the heat of the "scandal" seems to be cooling at the Beltway's edge.

According to a new NBC/Wall Street Journal poll, 32 percent of voters don't have an opinion on the issue. Those who are paying close attention to the issue are split on typical partisan lines about the decision.

Just 29 percent of Americans say they approve of President Donald Trump’s decision to fire FBI Director James Comey, while 38 percent disapprove, according to results from a new NBC News/Wall Street Journal poll. Another 32 percent of respondents don’t have enough to say on the matter.

For what it's worth, Comey's approval rating sits at just 18 percent.

Democrats on Capitol Hill are threatening to block the confirmation of a new FBI Director until a special prosecutor is appointed to look into the alleged connections between the Trump campaign and Russia, despite the FBI already being on the case. Interviews of candidates for the position are being conducted by Justice Department officials this week and a decision is expected by Friday.