Comey Says Goodbye to FBI Agents in a Letter: I Will Miss You And The Mission Deeply 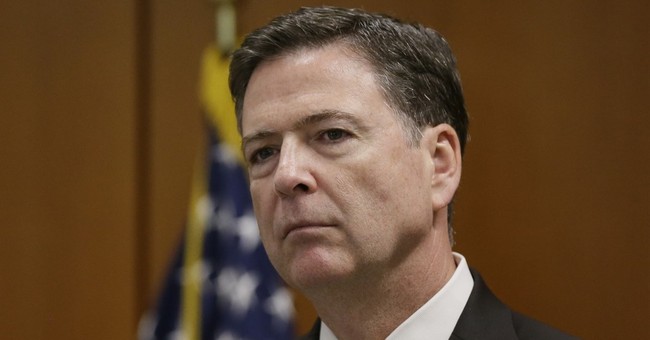 After being abruptly fired by President Trump on Tuesday evening, former FBI Director James Comey sent a letter to agents Wednesday afternoon expressing humility and gratitude for his time served.

I have long believed that a President can fire an FBI Director for any reason, or for no reason at all. I’m not going to spend time on the decision or the way it was executed. I hope you won’t either. It is done, and I will be fine, although I will miss you and the mission deeply.

I have said to you before that, in times of turbulence, the American people should see the FBI as a rock of competence, honesty, and independence. What makes leaving the FBI hard is the nature and quality of its people, who together make it that rock for America.

It is very hard to leave a group of people who are committed only to doing the right thing. My hope is that you will continue to live our values and the mission of protecting the American people and upholding the Constitution.

If you do that, you too will be sad when you leave, and the American people will be safer.

Working with you has been one of the great joys of my life. Thank you for that gift.

Comey found out about his firing while giving an official presentation to FBI agents in California. He learned about the situation through news reports, not from President Trump. A letter from the President to Comey stating his termination was sent, but not received before the news broke.
Nikki Haley Makes an Announcement About Her Presidential Prospects
Reagan McCarthy
So, I Guess MSNBC Is Totally Fine Undercutting the Narrative on Vaccines, Huh?
Matt Vespa
Police Release Body Camera Footage of Officer-Involved Shooting That Set Off Riots
Spencer Brown