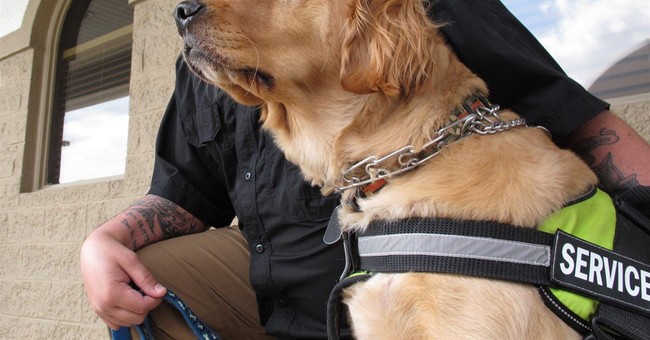 Speaking from the White House Tuesday, Press Secretary Sean Spicer implied the elimination of bad personnel at the Veterans Affairs Administration will play an important role in badly needed reforms at VA hospitals across the country.

"I think the President's commitment, as you heard during the campaign and as he's talked to Dr. Shulkin [VA Secretary], is to make sure we're providing the best care and if there's things that are an impediment to that care being offered up or reformed, then he is going to make sure we enact policies internally that make sure people who are not doing their job, not servicing veterans, we can figure out how to expedite that process," Spicer said. "The idea that we're sitting around having a discussion about personnel inhibiting the care that veterans deserve really does not bode well for the reflection we want on this country."

Current federal law protects federal employees from termination, no matter how egregious their behavior. In December we learned a dentist working in a Wisconsin VA hospital may have infected hundreds of veterans with HIV and other deadly diseases after using dirty utensils on patients. He was put on administrative leave. In Florida, the body of a deceased veteran was left in a shower for nine hours, violating VA post-mortem policy. Nobody was fired or disciplined. Out of the 57 VA officials and workers referred for termination over manipulating medical care wait times in 2014, resulting in thousands of veteran deaths, only nine lost their jobs. Others involved were allowed to resign with zero disciplinary actions and a full, taxpayer funded pension.

Last year the House passed the VA Accountability First and Appeals Modernization Act of 2016, which allows for bad VA employees to be fired quickly. The legislation was passed with a veto-proof, bipartisan majority 310-116 and has been sitting in the Senate for consideration.

"People who have served this nation, we should be bending over backwards to make sure that the benefits and the care and the services that they frankly earned is something that is given the highest priority and something the President remains highly committed to," Spicer said.