Pence: We Want Obamacare Repeal on Trump's Desk By February 20 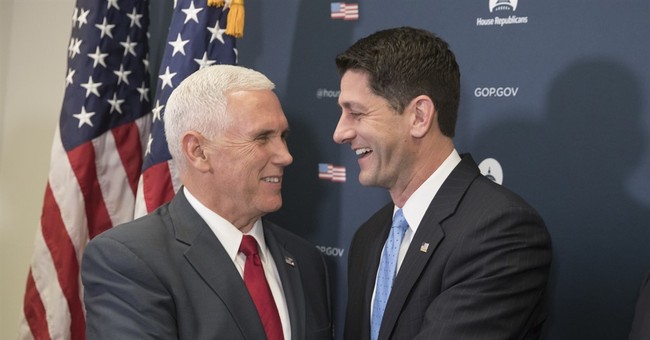 During a closed door meeting on Capitol Hill Wednesday, Vice-president elect Mike Pence reportedly told Republicans he wants Obamacare repealed and sent to President Trump's desk by February 20. Trump will be sworn into office on January 20, setting a fast-paced timeline to fulfill the campaign promise of making Obamacare repeal a top priority.

Since the legislation was passed in 2010, Republicans have voted dozens of times to repeal the healthcare law, only to be blocked by former Senate Majority Leader Harry Reid and President Obama. Republicans now have a majority in the House and Senate, but need 60 Senate votes to avoid a filibuster.

Republicans eager to show quick action against Obama’s health care law took an initial procedural step Tuesday, introducing a budget bill that would have to be considered under a parliamentary procedure that would prevent Democrats from using a Senate filibuster to protect the health care law.

Top Republicans promised an Obamacare repeal will not strip those currently in the exchanges of their healthcare and are stressing replacement programs will be implemented over time. President-elect Trump warned Wednesday morning about the political implications for the GOP if things don't run smoothly.

Republicans must be careful in that the Dems own the failed ObamaCare disaster, with its poor coverage and massive premium increases......

like the 116% hike in Arizona. Also, deductibles are so high that it is practically useless. Don't let the Schumer clowns out of this web...

massive increases of ObamaCare will take place this year and Dems are to blame for the mess. It will fall of its own weight - be careful!