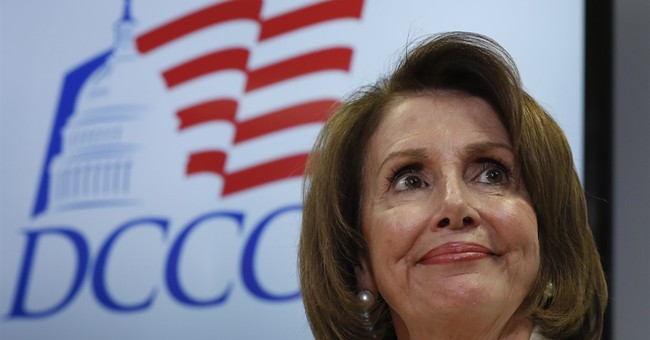 A bad sign for the old guard of the Democrat Party came today when House Democrats delayed leadership elections, bringing into question the future of former Speaker and current Minority Leader Nancy Pelosi. From POLITICO:

House Minority Leader Nancy Pelosi agreed Tuesday morning to delay leadership elections until after Thanksgiving following an outcry from several dozen members who didn't want to expedite the process so soon after a devastating election.

Members will now vote for caucus leaders on Wednesday, Nov. 30.

Pelosi had initially agreed to hold a vote Thursday on whether to delay caucus elections or move forward, saying she thought new members should have a vote.

But several members pushed back, arguing they should just agree to the delay today.


Meanwhile, the DNC is in turmoil after year of a rigged primary, debate cheating and Tuesday's election loss. Interim DNC Chairwoman Donna Brazil is on her way out the door and Rep. Keith Ellison has thrown his hat in the ring for the job, pulling the party even further to the left.