Pence: No, I'm Not Dropping Out 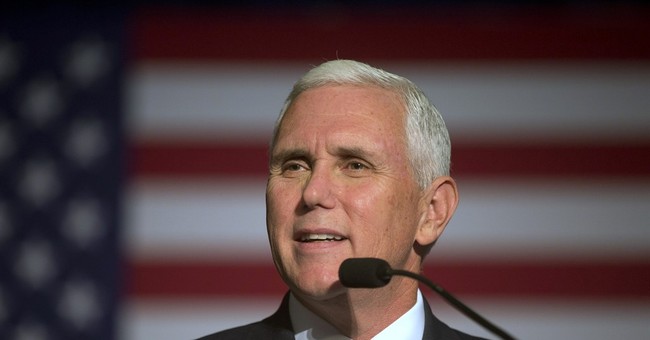 After comments from 2005 revealed Trump openly talking about "grabbing women by the p*ssy" and kissing them without permission, Pence took 48 hours away from the campaign trail citing he wouldn't be a good surrogate.

But during a Fox and Friends interview Monday morning, Pence said he was proud of Trump's second debate performance and made it clear he's going to be in this race for the next 29 days with a goal of beating Democrat Hillary Clinton for the White House.

"I'm proud of the job he did and proud to stand shoulder to shoulder with him," Pence said.

Congrats to my running mate @realDonaldTrump on a big debate win! Proud to stand with you as we #MAGA.

Pence will be in North Carolina this afternoon for a campaign event.