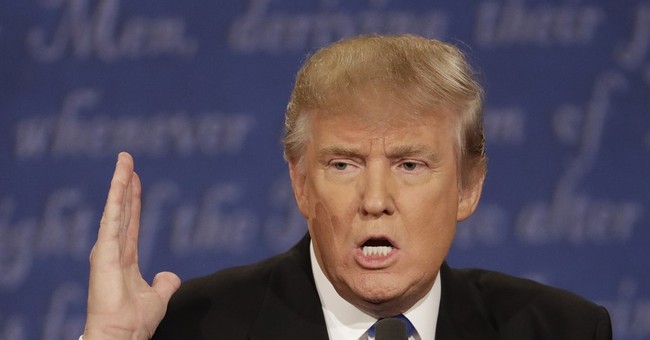 GOP presidential nominee Donald Trump was up late last night and apparently away from his campaign team. For weeks, Trump has surged in polls due to staying on message about important issues and by staying away from his cutting, abrasive personal attacks. That ended last night as Trump inserted another day of coverage around his alleged treatment of Venezuelan beauty queen and former Miss Universe Alicia Machado by accusing her of having a sex tape.

Did Crooked Hillary help disgusting (check out sex tape and past) Alicia M become a U.S. citizen so she could use her in the debate?

Using Alicia M in the debate as a paragon of virtue just shows that Crooked Hillary suffers from BAD JUDGEMENT! Hillary was set up by a con.

Wow, Crooked Hillary was duped and used by my worst Miss U. Hillary floated her as an "angel" without checking her past, which is terrible!

After days of coverage, it's clear Machado was used by Clinton to bait Trump, which he's still hooked on. We also know Machado is from a politically well connected family in communist Venezuela, was accused of being an accomplice to murder and threatened to kill a judge. These things aren't what the media is focused on, but instead  on Trump calling her "an eating machine" and forcing her to workout in front of media cameras because she "gained a massive amount of weight." Does Machado have a sex tape? Who knows, but bringing one up is immature at best and well below the stature of any man who wants to be President of the United States.

Although true, this is now back in the news cycle but could have ended days ago. https://t.co/G0wKxEqZvX

Trump said during the debate Monday his best attribute is his temper. His latest tweetstorm proves once again that isn't true.