So, John Kasich Showed Up at The White House Press Briefing Today 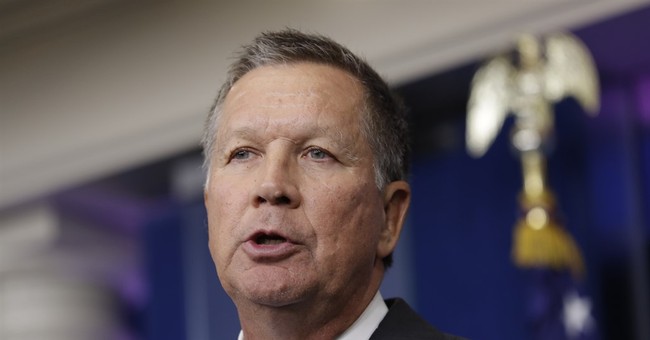 Ohio Governor John Kasich, who is rumored to be running for president in 2020, made a surprise appearance at the White House press briefing today to discuss his support of the Trans Pacific Partnership, better known as TPP. He also took the opportunity to slam the media for heavily focusing on birtherism and offered a few opinions about the current presidential race between Donald Trump and Hillary Clinton.

TPP is opposed by Donald Trump and Hillary Clinton. President Obama is a supporter of the trade deal.