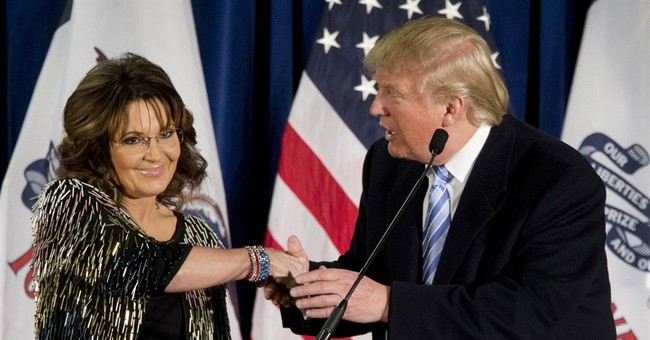 Former Alaska governor and vice presidential candidate Sarah Palin is warning GOP presidential candidate Donald Trump, who she endorsed during the primary, against changing his position on illegal immigration. Trump said earlier this week he is "softening" his stance, while bolstering calls for a border wall.

"Trump didn't garner a lot of enthusiastic support by being soft on anything," Palin said on The O'Reilly Factor Thursday. "Donald Trump understands that enforcing the laws and building that wall are paramount to what the will of the people is – and thank God he's still preaching that because if he were not, then there would be a huge erosion of support."

"I would prefer politicians to not campaign one way and then govern another way. We want to know that they are candid and sincere in the policies that they are proposing as candidates and then once they are in that administration that they would stick to it," she said.

“If Mr. Trump were to go down a path of wishy-washy positions taken on things that the core foundation of his support has so appreciated, and that is respecting our Constitution and respecting law and order in America, then, yeah, there would be massive disappointment,” she said.

Earlier this week Trump supporter Ann Coulter, who dedicated her latest book entirely to him, took to Twitter to express her disappointment in a potential shift on immigration and told MSNBC's Chris Matthews her book tour may be the "shortest ever."

Whoever gave Trump the legerdemain about "back taxes" and "no citizenship" needs to go back to the Rubio campaign - https://t.co/mHANZVKAUW

It's "hard" to deport someone who's been here FOUR YEARS! https://t.co/Ajbon3TcDP