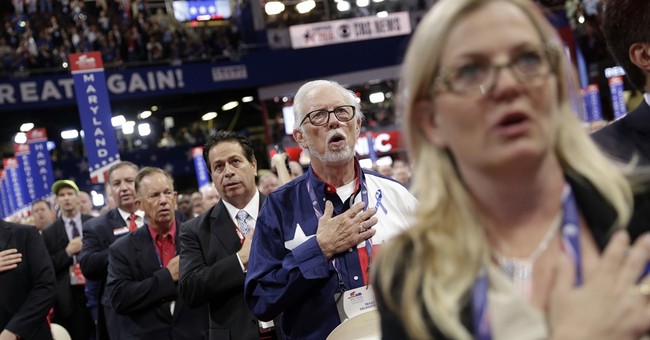 Cleveland, OH - All delegates from the Iowa and Colorado delegations have walked off the RNC convention floor after rules were adopted without a floor vote, defeating the last remaining anti-Trump effort. Thousands of signatures were submitted by 11 different delegations to force a floor vote, but were not considered.

Shortly after the rules were adopted the Chair left the stage, leaving it empty for a number of minutes.

"I've never seen the chair abandoned like that," Utah Senator Mike Lee said. "I have no idea what is going on right now, this is surreal. The Chair (@Reince) walked off the stage and abandoned his post."

Lee says "This is about the rules of the convention, the future of the party...being able to come together and have views heard."

Former Virginia Attorney General Ken Cuccinelli slammed his credentials down in protest after por-Trump delegates drowned him out while he attempted to speak through a microphone.

"I am not doing this again!" Cuccinelli said.

The only option to oppose Trump now is an independent, third-party run. It will not be done effectively at Convention.