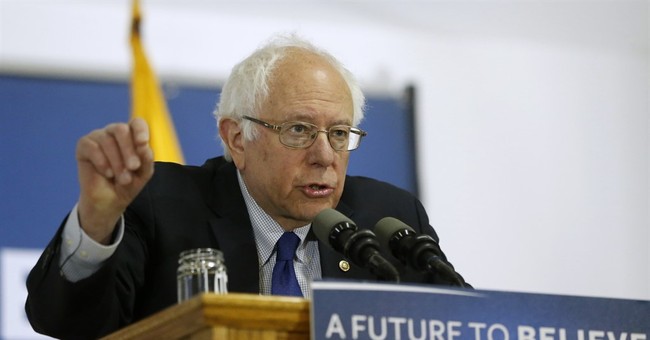 From Stossel, here's this little gem.

Back in the 1980s, when he was finally pulling a real paycheck and not living in a dirt floor shack, Democrat presidential candidate Bernie Sanders promoted bread lines as a sign of a healthy, fair economy.

"You know, it's funny. Sometimes American journalists talk about how bad a country is when people are lining up for food. That's a good thing. In other countries, people don't line up for food. The rich get the food and the poor starve to death," Sanders lamented.

In America, the rich don't get to eat while the poor starve to death as Sanders claims. Not in the 1980s and not now. In fact, in America a hot meal is available three times a day for the poor and the homeless. The federal government spends $75 billion per year on the food stamp program to ensure families don't go hungry. The number one health problem in America is obesity.

Meanwhile in modern day Venezuela, the government is rationing food, water and toilet paper while the poor in America are watching cable television. Overall, America's poor live far better than the rest of humanity thanks to a free market, capitalist economic system.

Forbes published this chart from the World Bank a few years ago, showing that 1) income inequality between rich and poor is far less in America compared to other countries 2) overall everyone in America, including the poor, are richer.

Can the economy in America improve? Of course it can and should, but to claim America's rich are taking everything while the poor starve is completely absent of fact, not to mention out of touch with the reality of how humans live in the rest of the world.

I'll leave you with these three charts from the Heritage Foundation: