Secretary of State John Kerry is Headed to Brussels 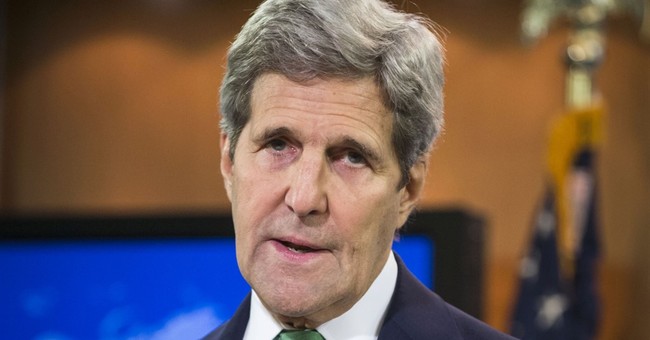 Secretary of State John Kerry will arrive in Brussels Friday to express condolences to the victims and families of this week's ISIS terror attacks on behalf of the United States.

"Secretary Kerry will travel to Brussels, Belgium, on Friday to formally express the condolences of the United States for the loss of life in yesterday's terrorist attacks, and to meet with Belgian and European Union officials. He will reiterate the strong support of the United States for Belgian efforts to both investigate these attacks and continue contributing to international efforts to counter violent extremism," State Department Spokesman John Kirby released in a statement Wednesday afternoon. "The Secretary will be arriving from Moscow, where he expects to discuss a range of bilateral and regional security issues with President Putin and other Russian officials."

The White House hasn't announced plans for President Obama to visit the city as many remain critical of his decision to attend a baseball game with Cuban dictator Raul Castro Tuesday just hours after the attack.